An al-Qaeda affiliate released a recruitment video Friday that includes an excerpt of Republican presidential candidate Donald Trump announcing his call to temporarily ban all Muslims from entering the U.S.

According to the New York Times, al-Shabab—the Islamic militant branch of al-Qaeda in Somalia—included the clip of Trump along with footage of Anwar al-Awlaki, an American imam and recruiter for al-Qaeda who was killed in 2011, as well as clips of white supremacists and protests over police use of force in the U.S.

The video, apparently the first to include footage of Trump, juxtaposed clips of the presidential candidate and al-Awlaki saying “the West will eventually turn against its Muslims citizens,” according to the Times, while also including footage of al-Awlaki calling for attacks similar to that of the Fort Hood shooting in 2009, in which Army psychiatrist Nidal Hasan killed 13 people and injured more than 30 in Killeen, Texas. 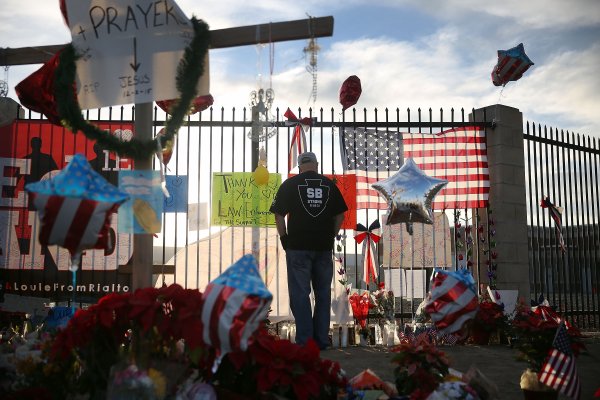 Jerry Brown Declares State of Emergency in San Bernardino
Next Up: Editor's Pick