Emanuel Lutchman was arrested by the FBI on Dec. 30, 2015.
NY State Department of Corrections and Community Supervision/AP
By Tessa Berenson

A man in Rochester, N.Y. who was inspired by ISIS has been arrested for plotting a New Year’s Eve machete attack on local diners.

Emanuel Lutchman, 25, whom NBC describes as “an ex-con Muslim convert with mental issues,” was arrested on Dec. 30 and charged with attempting to provide material support to ISIS by attacking people at a local restaurant with a machete.

According to a criminal complaint from the Department of Justice, Lutchman had been in contact with someone overseas who identified as a member of ISIS in Syria. Lutchman said “I’m ready to lose my family” over showing allegiance to ISIS. The complaint says that Lutchman planned to abduct and kill victims from the restaurant.

“The FBI thwarted Emanuel Lutchman’s intent to kill civilians on New Year’s Eve,” said Special Agent in Charge Adam Cohen of the FBI’s Buffalo division, NBC reports. “The FBI remains concerned about people overseas who use the Internet to inspire people in the United States to commit acts of violence where they live.” 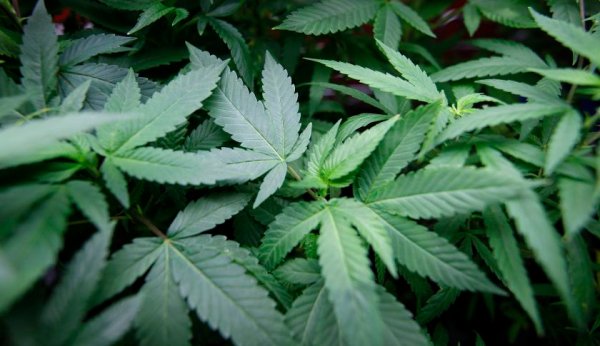 Now You Can Buy Kosher Marijuana
Next Up: Editor's Pick