Here's When the Next Star Wars Movies Are Coming Out

You just saw The Force Awakens and want more next-gen Star Wars. Well, you’re going to get more. A lot more. Regularly and steadily, for many years to come. But when, specifically, will each new title be released? Below is Disney’s not-quite-top-secret plan. Obviously, these dates are subject to change. Thankfully, no Bothans died to bring us this information …

1. Rogue One: A Star Wars Story

Director: Gareth Edwards
Written by: Gary Whitta and Chris Weitz
Starring: Felicity Jones, Diego Luna, Riz Ahmed, Ben Mendelsohn, Donnie Yen, Jiang Wen, Forest Whitaker, Mads Mikkelsen, and Alan Tudyk
Logline: Following the foundation of the Galactic Empire, a wayward band of Rebel fighters comes together to carry out a desperate mission: to steal the plans for the Death Star before it can be used to enforce the Emperor’s rule.
Release: Dec. 16, 2016

(So, yes, a long full year. But given we had to wait a decade for The Force Awakens — or, depending on your feelings about the prequels, 32 years since Return of the Jedi — sitting back for just one year doesn’t seem all that bad … Plus, it’s then only about five months until …)

Directors: Phil Lord and Christopher Miller
Written by: Lawrence and Jon Kasdan
Starring: Not yet announced
Logline: How young Han Solo became the smuggler, thief, and scoundrel whom Luke Skywalker and Obi-Wan Kenobi first encountered in the cantina at Mos Eisley.
Release: May 25th, 2018 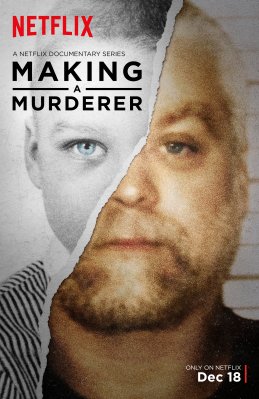 Prosecutor in Making a Murderer Case Says Key Details Missing from Documentary
Next Up: Editor's Pick