Director Judd Apatow is glad embattled comedian Bill Cosby is facing charges for allegedly drugging and assaulting a woman in 2004. On Wednesday, Pennsylvania prosecutors issued a warrant for Cosby’s arrest stemming from charges of indecent assault.

The 40-Year-Old Virgin director took to twitter Wednesday afternoon to slam Cosby’s history of “attempting to silence the women he has assaulted.”

“Bill Cosby has spent his life attempting to silence the women he has assaulted with threats, lawsuits and money,” Apatow wrote on Twitter.

Apatow has been a fierce critic of Cosby in light of the 50-plus who have come forward to accuse Cosby of drugging and sexually assaulting them over the past four decades. Cosby was charged for the alleged assault of Andrea Constand, a former Temple University employee who says Cosby invited her to his Pennsylvania home and sexually abused her.

On Twitter, Apatow said he hopes the charges and a potential trial will allow Cosby’s alleged victims to share their stories. 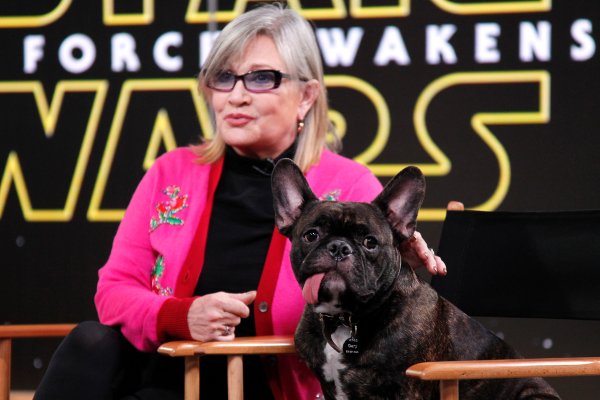 Carrie Fisher Calls Out Body Shamers on Twitter
Next Up: Editor's Pick