With just two days until the start of the election year, Donald Trump has shifted his focus away from his primary opponents and onto the Republicans’ likely foe in the general: Hillary Clinton.

Speaking at a rally in Hilton Head Island, South Carolina, Tuesday afternoon, Trump called the former Secretary of State “theatrical” and said, “She just gives me a headache.”

“I love, love, love having a woman president,” Trump said. “It can’t be her. She’s horrible.”

Tensions have been boiling over between the two frontrunners in recent days, stemming from Trump’s late December comment that Clinton got “schlonged” in the 2008 primary. Clinton then said Trump has demonstrated “a penchant for sexism” and the outraged billionaire took to Twitter to bash Clinton’s husband, former president Bill Clinton, who was impeached for a sex scandal during his second term.

Trump doubled down on his attacks on the 42nd president Tuesday, calling him “one of the great abusers of the world.” By attacking Bill Clinton, Trump sought to undermine Hillary Clinton’s use of what he called “the women card.”

“For the last week she’s been hitting me really hard with the women card,” Trump said. “And I had to say OK, that’s enough.”

Trump took a few swings at his fellow Republican candidates, lobbing his usual “low-energy” insult at former Florida Gov. Jeb Bush. But when he focused on an opponent during the hour-long speech, it was usually Clinton. This could be because he’s turning his eye towards the general election at the dawn of 2016, or more likely because he doesn’t want to give the other Republicans too much press before the first votes are cast in February.

Whatever the reason, Trump foreshadowed that there is more to come for Clinton. “I haven’t even focused on her yet,” he said. 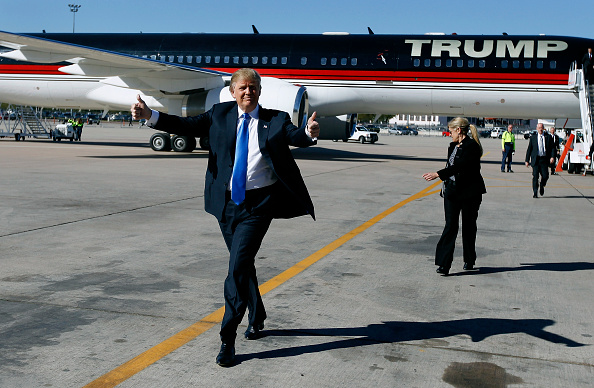 Donald Trump Plans to Ramp Up Campaign Spending
Next Up: Editor's Pick