How the World Learned About Bill Cosby's Sexual Assault Allegations

Bill Cosby was charged Wednesday with aggravated indecent assault over allegations that he drugged and sexually assaulted a woman named Andrea Constand at his Pennsylvania home in 2004.

The allegations by the Temple University staffer were not considered credible enough originally to merit criminal charges, though Cosby later settled a civil suit out of court. Only after a decade was the case reopened in the summer of 2015, after more evidence emerged.

That flood of evidence was spurred in part by Constand’s original lawsuit, which led to other women coming forward with similar claims about sexual abuse at the hands of Cosby. As New York magazine reports, in Feb. 2005, Tamara Green, a California lawyer, said publicly Cosby drugged and assaulted her in the 1970s. Another alleged victim, Barbara Bowman, later wrote that Constand’s suit gave her “renewed confidence” to tell her own story to Philadelphia Magazine in 2006.

Over 10 “Jane Does” came forward in support of the claims in Constand’s case and in 2006, PEOPLE magazine ran interviews with three women—including Bowman and Green—who alleged Cosby drugged and sexually assaulted them as well. Many of the women’s stories were questioned, and some said they were accused of making their stories up.

MORE: What Bill Cosby Said About His Alleged Victim Under Oath

Then came the moment in October 2014, when a video of comedian Hannibal Buress talking about Cosby went viral. He said, among other things, “He gets on TV, ‘Pull your pants up, black people … I can talk down to you because I had a successful sitcom.’ Yeah, but you rape women, Bill Cosby, so turn the crazy down a couple notches … I guess I want to just at least make it weird for you to watch Cosby Show reruns.” Buress’ statements are often credited with bringing attention back to sexual assault allegations made against Cosby, even though victims were making public statements since the early 2000s. He’s even been called a “feminist hero.”

A month after the Buress video surged in popularity, Bowman penned an op-ed in the Washington Post titled, “Bill Cosby raped me. Why did it take 30 years for people to believe my story?” In her post, Bowman writes about how she felt about the Buress’ bit:

Then, they did. In July, New York Magazine ran a cover story that interviewed 35 of Cosby’s alleged victims — underscoring the scale of the allegations in vivid detail. “I knew my statute of limitations had run out,” one of the victims told the magazine. “When only one or two women came out, a couple of years ago, they were ridiculed more. It’s hard to not believe the numbers now.” By this time, various programming and organizations had pulled their support for Cosby, dropping shows and removing him from positions of merit.

And now a court will decide if the case against Cosby warrants a conviction. Criminal defense experts tell TIME that he could face up to a decade in jail if he’s found guilty. 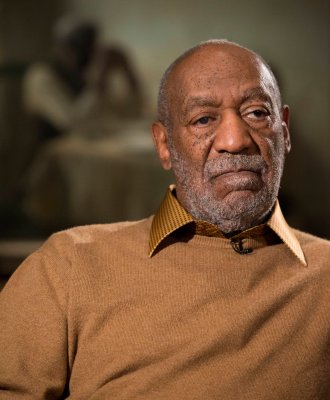 Bill Cosby Faces Up to 10 Years in Jail If Convicted
Next Up: Editor's Pick