Google stopped offering its Glass headset nearly a year ago, but photos of its apparent successor have surfaced online.

A filing with the Federal Communications Commission provides a glimpse of what the revamped headset may look like. Although the overall form factor is similar to the discontinued Explorer Edition of Google Glass, this new model features a few noticeable differences. The display prism, for instance, is significantly larger. The new headset also appears to be foldable, while the Explorer version had earpieces similar to that of a pair of glasses.

The filing comes after a report in The Wall Street Journal suggested that Google is working on a new version of Glass aimed at businesses rather than everyday consumers. Google is focusing the new model on industries such as health care, manufacturing and energy, according to the Journal.

TIME has reached out to Google for comment about the filing and will update this story with any response.

Google quietly pulled the Explorer Edition of Google Glass in January. It sold for $1,500 and was only available in limited quantities. Glass also enjoyed one of the company’s splashiest product launches ever. Google cofounder Sergey Brin famously flaunted the head-mounted computer’s video calling capabilities in 2012 by livestreaming a Google Hangout session with a group of skydivers as they plunged from an aircraft. The eyewear also got its own 12-page spread in Vogue back in 2013. 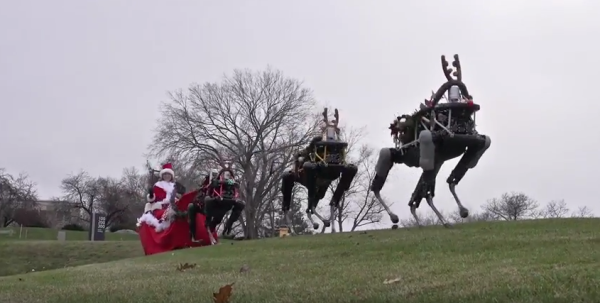 Google's Robotic Reindeer Are Actually Kind of Terrifying
Next Up: Editor's Pick