How to Watch Netflix for Free in Your Hotel

In the years before inexpensive big screen, high-definition televisions hit the market, it used to be a treat to stay in a hotel. Typically the rooms featured televisions that were bigger than what you’d likely have at home, they almost all had cable (including movie channels like HBO), and often you could order pay-per-view movies that were either still in the theater, or wouldn’t be available on video for at least a year.

But now it’s a drag to overnight away from home. We may be in the golden age of television, but if you’re stuck in a hotel with crappy or too-expensive Wi-Fi, you might as well be living in the ’70s. These days, some of the best television isn’t even on television — it’s on streaming video services like Netflix, Hulu Plus, and Amazon Prime.

There is, however, a solution that’s just starting to roll out across the U.S. The Enseo Entertainment Experience (also called E3, not to be confused with the video game conference), a new in-room entertainment system, allows hotel guests to log into their streaming media accounts on their rooms’ televisions, letting them access their favorite online shows, playlists, and other personalized streaming content. The platform currently lets users log into their Netflix, YouTube, Pandora, HuluPlus, and Crackle accounts.

Available at more than 300 hotels across the U.S., Enseo has already been installed in properties owned by Marriott, Hilton, and La Quinta. And, in a refreshing change of hotel policy, using the system is completely free. Even though it’s not a profit generator for the hotels, it’s smart business. By not having people trying to stream their shows over hotel Wi-Fi, (nor sling it to their room’s television via Chromecast) Enseo helps pull demand off hotels’ network, ensuring fewer disruptions for guests looking to check their email, download business files, and perform other non-entertainment-related tasks.

It’s also proving wildly popular. At Gaylord Hotels alone, where five properties and 8,300 rooms have the service, guests are streaming more than 1,400 hours of video per day. “Enseo has shown they work hard to meet and exceed our guests’ needs and expectations,” says Mike Stengel, Gaylord Hotels’ senior vice president of operations.

And when the night is over, or the stay is done, logging out of the various services is even easier than logging in — one big button right on the Enseo interface disconnects guests from any service they logged into. And if they forget, logging out is also automated into the check-out process. 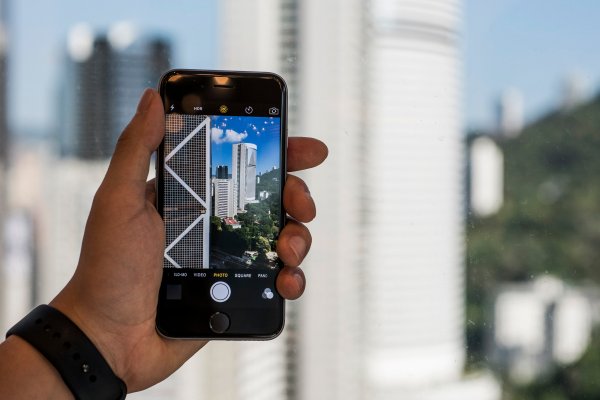