Demonstrators hold placards outside the Thai embassy in Rangoon on Dec. 26, 2015, to protest the death sentence of Burmese migrant workers Zaw Lin and Wai Phyo by a Thai court
Phyo Mg Mg—AFP/Getty Images
By Mark Rivett-Carnac

Protests in Burma against the verdict in the Koh Tao murder case are intended to discredit the Thai government, according to Thailand’s Deputy Prime Minister Prawit Wongsuwan.

He has demanded an investigation to find out “who instigated people to protest against the ruling,” the Bangkok Post reports.

Hundreds of people began demonstrating outside the Thai embassy in Burma’s largest city Rangoon after a Thai court sentenced two Burmese migrant workers to death on Thursday for the murder of two British backpackers last year. The protestors have called for a new investigation into the case.

Wai Phyo and Zaw Lin, both 22, were charged with the murder of David Miller, 24, and the rape and murder of Hannah Witheridge, 23, on the Thai resort island of Koh Tao. Their bodies were found on Sairee Beach the morning of Sept. 15, 2014.

But elements of the trial and investigation have raised concerns, including claims the defendants were tortured into confessing the crime, allegations that they were given unqualified interpreters during the interrogation and that Thailand’s forensics chief said DNA evidence taken from a bloodied garden hoe believed to be the murder weapon did not match the accused’s.

Burma’s commander-in-chief of the armed forces, Min Aung Hlaing, asked for a review of the evidence in a message addressed to senior Thai officials on Saturday, according to the Burmese state-run paper, the Global New Light of Myanmar. But Prawit said a review was unnecessary and any concerns could be addressed during the appeal process, the Post reports. 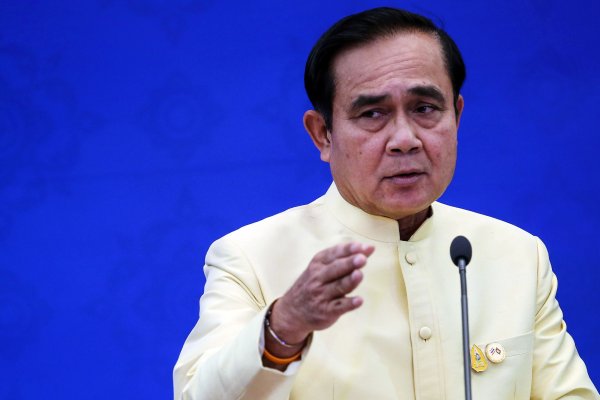