An Official Implicated in the China Landslide Has Committed Suicide

Excavators are seen working at the site of the landslide in an industrial area in Shenzhen, southern China's Guangdong province, on Dec. 28, 2015
STR—AFP/Getty Images
By Rishi Iyengar

A Chinese official who sanctioned a dump of construction debris that led to a deadly landslide in the southern city of Shenzhen has committed suicide, a report said on Monday.

The report by China’s state news agency Xinhua said that Xu Yuanan, director of the Shenzhen Guangming New District Urban Management Bureau, jumped to his death from a building in the city’s Nanshan district, according to the South China Morning Post.

Although Xu is not currently listed on the bureau’s website, public documents show he signed its last budget in July.

The bureau ordered a closure of the dump site in that month, but local residents were cited by the Post as saying that trucks continued to dispose waste there in the weeks leading up to the landslide.

The death toll from the landslide stands at seven thus far, with more than 70 still missing in what is China’s fourth man-made disaster this year. 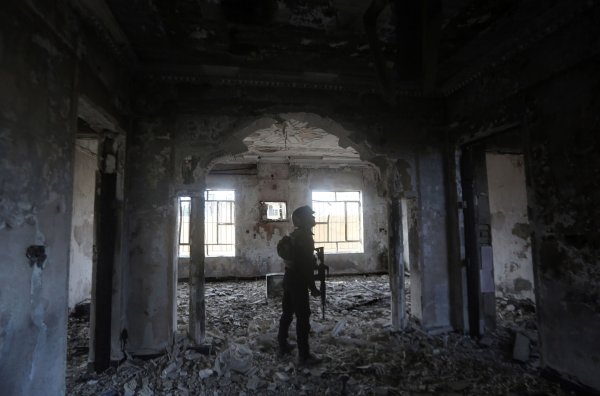 See Iraqi Soldiers Liberate the City of Ramadi From ISIS
Next Up: Editor's Pick