Bill Clinton Will Campaign for Hillary in New Hampshire

Former Secretary of State Hillary Clinton and Former US President Bill Clinton hug after she officially launched her campaign for the Democratic presidential nomination during a speech at the Franklin D. Roosevelt Four Freedoms Park on Roosevelt Island in New York, June 13, 2015 .
Timothy A. Clary — AFP/Getty Images
By Tessa Berenson

Hillary Clinton is going to get some help from a former president on the campaign trail.

Beginning Jan. 4, 2016, Bill Clinton is going to stump for his wife in New Hampshire, NBC reports. That day he will attend organizing events in Nashua and Exeter, his first public, solo campaign events.

Bill isn’t the only member of the Clinton family who will hit the road for Hillary in 2016. As the 42nd President begins campaigning in New Hampshire, his daughter Chelsea Clinton will also ramp up her involvement in the campaign and run her own events for her mother, TIME’s Sam Frizell reports. She will headline two events in Boston on Jan. 11. 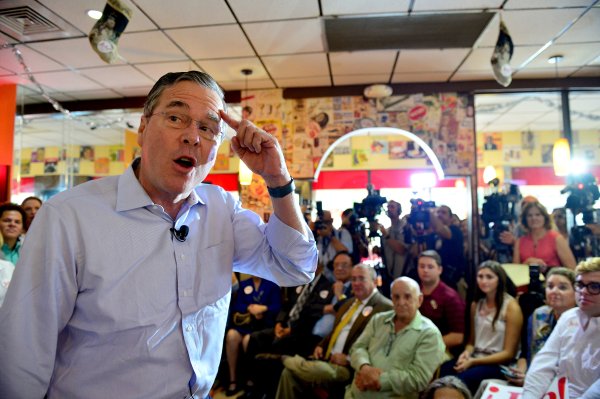 Jeb Bush Wants to Debate Donald Trump By Himself
Next Up: Editor's Pick