Alan Kurdi's Story: Behind The Most Heartbreaking Photo of 2015

By Bryan Walsh and TIME Photo

Alan Kurdi was one of a million. In the summer of 2015, the three-year-old Syrian boy of Kurdish origins and his family fled the war engulfing their country, hoping to join relatives in the safety of Canada. They were part of a historic flow of refugees from the Middle East to Europe this year, and they followed the dangerous route taken by so many others.

In the early hours of Sept. 2, the family crowded onto a small inflatable boat on the beach of Bodrum, Turkey. A few minutes into the journey to Greece, the dinghy capsized. Alan, his older brother Ghalib and his mother Rihanna all drowned, joining the more than 3,600 other refugees who died in the eastern Mediterranean this year.

And that is where Alan’s story would have ended, were it not for the work of a photographer.

When Nilüfer Demir came upon the beach, the Turkish photographer for the Dogan New Agency said in a recent interview it was like a “children’s graveyard.” She took photos of Alan’s lifeless body. Alan’s body had washed up along the shore, half in the sand and half in the water. His sneakers were still on his feet.

Demer’s photographs, shared by Peter Bouckaert of Human Rights Watch on social media, went viral almost instantly. In death, Alan became a symbol of all the children who lost their lives trying to reach safety in Europe and the West, the face of the biggest story of 2015. 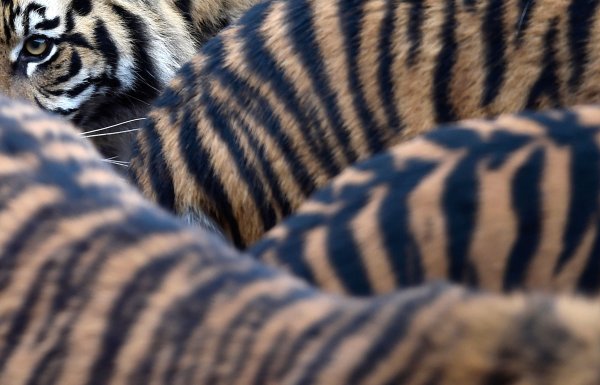 50 Astonishing Animal Photos of 2015
Next Up: Editor's Pick