Here’s Why You Eat More When You Drink

Excess drinking and weight gain have been linked in the past. Some researchers speculate alcohol may influence cravings, but in a new study published in the journal Health Psychology, researchers suggest that alcohol impairs inhibitory control, which leads people to eat more.

The researchers randomly assigned 60 undergraduate women to either drink a mixed beverage of vodka and diet lemonade, or a diet lemonade that had a vodka mist sprayed on the top of the glass so the women would believe there was alcohol in their drink. After drinking their beverages, the women were asked to fill out a food craving questionnaire and complete a challenging task. In the task, the words blue, red, yellow and green appeared in a different color. For example, the word “red” was written in the color yellow. The women were asked to say out loud what color the words were printed in.

After that, the women were given chocolate chip cookies and were told they can eat as much or as little as they wanted.

The women who drank alcohol performed worse in the task compared to the women in the placebo group, and they ate more cookies. The researchers suggest that the reason the women ate more calories was because their inhibitory control was impaired (as measured by the color task).

Interestingly, the women in the study who were considered more restrained eaters (people limiting how much they eat to lose or maintain their weight) were not affected by the alcohol. “One explanation for this is that highly restrained eaters put considerably more effort into resisting food,” the authors write.

The study size was small and more research is needed, but the study authors conclude that alcohol may be linked with weight gain because the women’s self-control was lessened, not because they experienced heightened cravings. “These findings highlight the role of alcohol consumption as a contributor to weight gain and suggest that further research into the role of restraint in alcohol-induced food consumption is needed,” the study authors write.

Keep that in mind this New Year’s Eve. 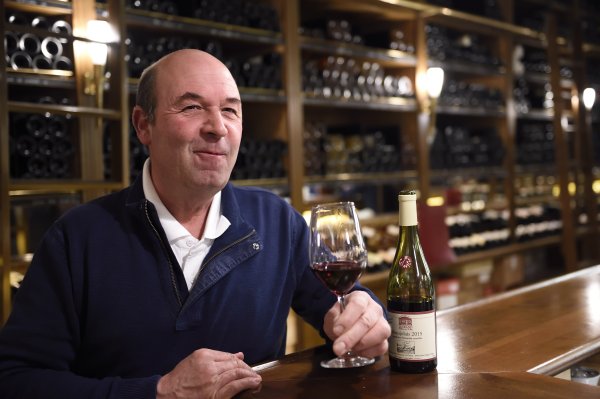