Game of Thrones is TV's Most Pirated Show of 2015

Game of Thrones has done it again: The HBO fantasy hit has once again captured the flattering-yet-dubious honor of being the most pirated TV series of the year.

According to the piracy tracking site TorrentFreak, there were 14.4 million illegal downloads worldwide of the Thrones season 5 finale, more than any other episode of televison. Thrones easily surpassed runner up The Walking Dead (6.9 million downloads for one episode), despite the AMC zombie drama earning higher U.S. ratings than Thrones. TorrentFreak also confirmed to EW that Thrones is by far the most downloaded show overall for the year.

HBO made significant efforts to reduce piracy of Thrones this year. First the company aired episodes of season 5 on the same date worldwide, attempting to eliminate one of the most common complaints by international fans of the show who previously had to wait weeks or even months before after the U.S. premieres. Also, HBO rolled out HBO Now, which allowed even cord cutters a way of subscribing to the network without a cable subscription.

Yet there was also one major new stumbling block for the network: The first four episodes leaked online before the season premiere after somebody uploaded content from the DVD screeners sent out to critics for review. HBO has since shifted entirely to an online preview screening system.

Still, Thrones had record ratings (around 20 million viewers per episode when all forms of legal viewing are counted) and a record-breaking sweep at the Emmys, taking home 12 awards.

Game of Thrones returns in April on HBO. 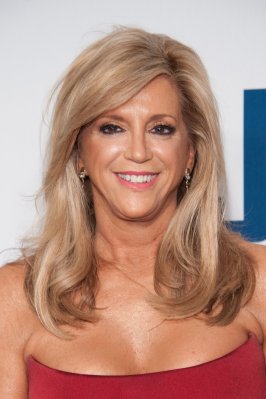 The True Story Behind the Movie Joy
Next Up: Editor's Pick