The True Story Behind the Movie Joy

For most people, placing their life story in the hands of a director might stir up more than a few anxieties. There’s a reason, after all, why most biopics are made after their subjects have died. But when David O. Russell told inventor and entrepreneur Joy Mangano that he wanted to direct a movie based on her life, it didn’t faze her in the least.

“People will ask, ‘Were you worried to be the inspiration?’” Mangano tells TIME, reflecting on the new movie Joy (watch here), which hit theaters Christmas Day. But she shakes her head. “Not a doubt in my mind that he would just do everything right, and he did.”

But “everything,” in the case of this movie, extends beyond the life of Mangano herself. Joy tells the story of a divorced Long Island mother, played by Jennifer Lawrence, who invents a detachable, self-wringing mop and overcomes significant obstacles to develop a wildly successful enterprise, first with QVC and later with the Home Shopping Network. And although that premise aligns closely with Mangano’s life, Lawrence recently told TIME that the movie is only 50% inspired by Mangano. The other half, Lawrence says, comes from “David’s imagination and different daring women that have inspired him.”

Russell told NPR that he spent about 100 hours on the phone with Mangano while working on the story, though he didn’t meet her in person until late in the process—a deliberate decision which allowed him to develop a fictional character inspired by her life, rather than a carbon copy of the woman herself. Mangano’s approval of the final product is not an endorsement of its accuracy—never a goal of Russell’s—but of the inspirational message it conveys.

Here’s where the movie adheres to Mangano’s story and where it diverges. Warning: some spoilers follow.

Fact: Mangano got her start as an inventor by developing a fluorescent pet collar

As a teenager, Mangano invented a brightly-colored flea collar for dogs and cats that would make them more visible to cars at night. She never patented the idea, however, and the manufacturer Hartz Mountain brought a similar product to market before Mangano did. After that experience, she vowed to make her next great idea a reality.

Fiction: Mangano forewent higher education to help her family though her parents’ divorce

Unlike in the movie, in which Lawrence’s character gives up a promising academic career, the real Mangano graduated from Pace University with a degree in business administration in 1978. Following school, however, Mangano worked as a waitress and, as depicted in the movie, an airline reservations specialist, before her career as an entrepreneur took off.

Fiction: Mangano met her first husband, Tony, when he was performing as a musician, and went on to have two kids with him

Lawrence’s Joy meets her first husband (played by Edgar Ramirez) at a party where he is singing alongside his father. In reality, Mangano met her husband Anthony Miranne at Pace University, where they were students together. In the movie, the couple has two kids, but the real couple had three children before divorcing.

Fact: After their divorce, Mangano and Miranne remained close, and he continued to work for her company

In Joy, Tony is one of Joy’s staunchest supporters, even after their romance has cooled. In reality, the two remained not only friends and co-parents, but also colleagues. Miranne continues to work for Mangano as Executive Vice President of Sales at her company, Ingenious Designs.

MORE Joy Is Lacking, But Jennifer Lawrence Is Bliss

After thinking up the Miracle Mop in 1989, Mangano invested her life savings in the product to make it a success. The early stages of development and manufacturing took place in a corner of her father’s shop, as they do in the movie under the watchful eye of Robert De Niro’s Rudy Mangano.

Mostly Fact: The Miracle Mop did not sell on QVC until Mangano went on air to sell it herself, though her first appearance was a flop

As in the film, Mangano convinced QVC that the channel’s regular mainstays didn’t know how to sell the mop, but that she could sell it if given the chance to go on air. The movie takes some liberties, however, in depicting Lawrence’s Joy having stage fright during her first time on air and failing to convince buyers of the product’s appeal. Mangano actually sold more than 18,000 Miracle Mops in her first QVC appearance.

Mostly Fact: Mangano’s best friend called in during her first appearance on QVC

In the movie, Joy’s best friend Jackie (Dascha Polanco) calls in during her first appearance on QVC, pretending to be an interested customer. This actually happened to Mangano, the only difference being that Mangano’s best friend is named Ronnie (the name Jackie was a tribute to one of her daughters).

Mostly fiction: Mangano had a vengeful half-sister, a soap opera-addicted mother and a working relationship with a QVC executive named Neil Walker

Many of the characters in Joy are either completely fictional or amalgams of several people in Mangano’s or Russell’s lives. And because much of Mangano’s personal life has been kept private, it is difficult to say for certain which parts of these characters are based in reality. According to Russell, Elisabeth Röhm’s Peggy, a jealous half-sister to Lawrence’s Joy, is completely fictional. Joy’s mother, played by Virginia Madsen and living in a world of little more than house dresses and soap operas, is a composite of several women from Mangano’s life. And Bradley Cooper’s QVC executive Neil Walker is also a composite, reflecting aspects of different businessmen at the home shopping company.

Fact: Mangano later sold her company, Ingenious Designs, to the Home Shopping Network, where she remains to this day

Though the details of the deal are glossed over in the movie (we infer the massive payoff from a fancily-coiffed Lawrence in a wood-paneled office), Mangano sold Ingenious Designs, LLC, to the Home Shopping Network in 1999 for an undisclosed amount. As of today, she has more than 100 patents, including one for HSN’s best-selling product of all time, Huggable Hangers. Her net worth is reportedly in the vicinity of $50 million. 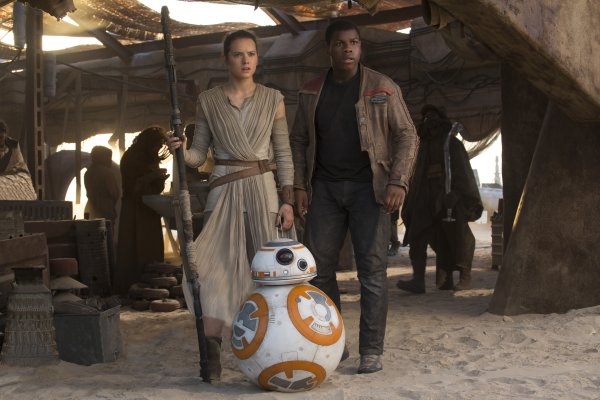