ISIS Leader Reportedly Warns Israel 'We Are Getting Closer to You'

The reclusive leader of the Islamic State of Iraq and Greater Syria (ISIS) purportedly issued a dramatic warning to Israel on Saturday, with the release of an audio recording attributed to Abu Bakr al-Baghdadi.

“We are getting closer to you day by day,” Baghdadi says in the alleged message, the Associated Press reports. “Do not think that we have forgotten about you.”

The authenticity of the recording has not yet been independently verified but according to various media sources it appeared on Twitter accounts that often publish ISIS statements. Baghdadi’s whereabouts are unknown, and he is rumored to have been gravely injured in coalition airstrikes.

“God caused the Jews of the world to gather in Israel, and the war against them has become easy. It is the obligation of every Muslim to carry out Jihad,” Baghdadi said, according to a separate report in the Jerusalem Post. “Jews, you will not enjoy in Palestine. God has gathered you in Palestine so that the Mujahadeen can reach you soon and you will hide by the rock and the tree. Palestine will be your graveyard.”

Baghdadi, named as a runner-up for TIME’s Person of the Year 2015, also used the opportunity to deny that U.S. and Russian air strikes against the group had weakened it in Syria. Baghdadi is supposed to have said the caliphate is doing “well” despite attacks by the international community.

“”Be confident that God will grant victory to those who worship him, and hear the good news that our state is doing well. The more intense the war against it, the purer it becomes and the tougher it gets,” Baghdadi said. 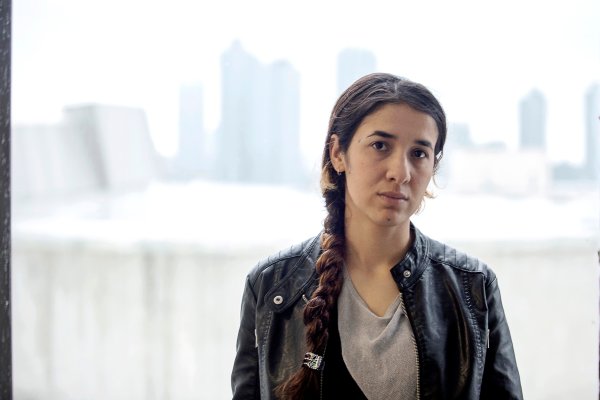 Yezidi Woman Who Escaped ISIS Slavery Tells Her Story
Next Up: Editor's Pick