If you’re a grinch-type or you’ve just had your fill of Christmas cheer and mirthful holiday classics, Miley Cyrus has come to the rescue with a new Christmas song unlikely to ever become a caroling staple.

Cyrus released “My Sad Christmas Song” with help from The Flaming Lips—Cyrus and Lips frontman Wayne Coyne have struck up an ardent friendship over the past year.

“This is my sad Christmas song / So I rip another bong,” croons Cyrus in the melancholy and somewhat random tune; she also announces that she’s leaving Santa more than mere cookies this year, because she figured he might enjoy a beer.

“So, there’s been this depressing Christmas song I’d been singing to myself for the past 8 years, and every year I wouldn’t remember that I wanted to make it until December, which is just too late to actually record and release a Christmas song,” Murphy said via the group’s Facebook page.

Circumstances were such that the group was able to get together last minute to record the song, which, Murphy said, originally “had about 75 lines of lyrics, though we’ve knocked down to 8 to keep the suicide rate in check. Have fun!”

LCD Soundsystem disbanded in 2011, leading one to wonder if the song hints at the band getting back together, though no statement was made by the band to that effect. 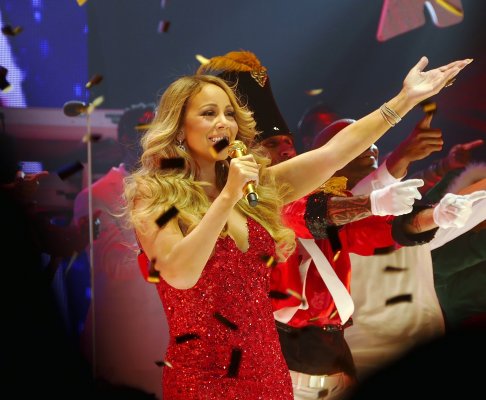 Mariah Carey No Longer Has the Most-Played Christmas Song
Next Up: Editor's Pick