Even before he formally took office as India’s Prime Minister after his landslide electoral victory in 2014, Narendra Modi showed a knack for wielding what can be a potent diplomatic weapon—the element of surprise.

In the days after his Bharatiya Janata Party’s (BJP) triumph, as the collective Indian commentariat speculated about how he might go about implementing his campaign pledges to reinvigorate the Indian economy, Modi confounded expectations by turning first to foreign policy with an invitation to regional leaders to attend his swearing-in ceremony in New Delhi. In subsequent months, even as questions mounted about his domestic agenda, Modi embarked on an energetic campaign to reach out to foreign capitals, both in India’s South Asian neighborhood and beyond. Few had expected Modi, until his election a regional leader who portrayed himself as an economic reformer, to spend much time on foreign policy.

The biggest surprise of all, however, was yet to come: on Christmas Day, as he completed a visit to Afghanistan, Modi unexpectedly announced a stopover in the Pakistani city of Lahore to greet Nawaz Sharif, the leader of India’s arch regional foe, on his 66th birthday.

Distrust between the two countries runs deep. Since independence from Britain in 1947, the now nuclear-armed neighbors have fought multiple wars, including over the Kashmir region, which is claimed by both nations. New Delhi has repeatedly blamed Pakistan for abetting terrorism against India, a charge Islamabad rejects. The two countries share a highly militarized border that regularly witnesses bloody skirmishes between the two sides.

News of Modi’s visit, the first by an Indian leader in over a decade, broke via Twitter. India’s Prime Minister is one of the world’s most social media savvy politicians, with a following second only to U.S. President Barack Obama. First came a tweet from Modi’s official account saying that he had spoken to Sharif on his birthday:

And then the headline, communicated in 115 characters:

By the time he landed in Pakistan later in the afternoon, India’s array of boisterous news television stations were buzzing with instant reactions Modi’s surprise move (producers quickly thought up Twitter hastags to drive the coverage, with one channel pushing #ModiPakPitstop, while another went with #Birthdaydiplomacy).

Sharif was among the regional leaders in attendance at Modi’s inauguration in May 2014. His visited touched off hopes of a revival in stalled peace talks between the neighbors. But the initiative faltered, as the two countries traded barbs over plans by the Pakistanis to meet separatist leaders from Kashmir. Another attempt to revive talks earlier this year also came to naught.

But a fresh thaw appeared to be setting in earlier this month when, following a brief meeting between Modi and Sharif on the sidelines of the Paris climate change conference in November, the two countries’ national security advisors met in Thailand. Then came a visit to Pakistan by India’s foreign minister, Sushma Swaraj, who announced plans to revive a dialogue process between the two countries.

“This visit is both surprising and not that surprising, if you consider what has happened recently. Clearly, there is an effort to ensure that there is some engagement between the countries, which is positive,” says Ashok Malik, a fellow at the New Delhi-based Observer Research Foundation think tank.

How the dialogue between the two countries now unfolds remains to be seen. Despite expressing his wish to visit Pakistan, Modi’s predecessor, Manmohan Singh, who headed a Congress-led government, never made it across the border, with tensions between two countries rising in the aftermath of the November 2008 terrorist attacks on Mumbai. India continues to press Pakistan to act against Hafiz Saeed, the founder of the terror group that waged the Mumbai attacks and whom New Delhi accuses of masterminding the killings.

“It is true that there continue to be issues between the two countries, but the broader message [from Modi’s stopover] is that there is no substitute for a certain minimum engagement,” says Malik. “This is something that [Atal Bihari] Vajpayee [the last Indian leader, also from the right-wing BJP, to visit Pakistan in 2004] and even Singh realized. Finally, a year and a half on, Modi is coming around to the same view.”

Returning home later on Christmas Day, Modi could also face criticism from hawks within his own party’s ranks who object to any kind of engagement with Pakistan. “There could be pushback from a section of his supporters,” says Malik. “But he has to shrug it off and move on.” 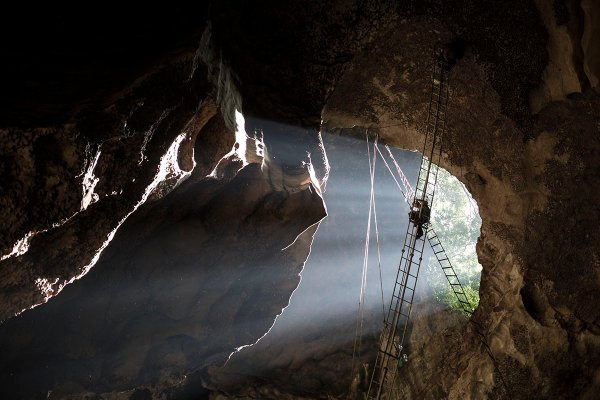 How the Ancient Practice of Harvesting Edible Bird's Nests Is Facing Some Very Modern Challenges
Next Up: Editor's Pick