By Per Liljas / Borneo

Balancing on a bamboo platform suspended dozens of meters up in the Madai cave in Malaysian Borneo, a man vigorously tears cup-shaped protrusions off the rock wall. They’re bird’s nests and will soon fetch hundreds of dollars in the market.

“Madai is God’s gift to Idahan people,” says Jafaar bin Abdullah, a local harvester. For centuries, the Idahan tribe has subsisted from this lucrative, if death-defying, trade. This should be their time to cash in, since a booming Chinese middle class has shot demand for the nests through the roof. Yet, the Idahans’ way of life may be about to die out.

Edible bird’s nests are coveted across the Chinese world for their supposedly medicinal and rejuvenating powers. Built out of a protein-rich secretion produced by the swallow-like swiftlet, the nests are served in soups, desserts or drunk pure, as a gelatinous tonic. Because of the laborious picking and cleaning process, bird’s nests have become one of the world’s most expensive food products. With the approach of Chinese New Year, when the nests are traditionally savored at lavish banquets, demand and prices rocket.

Yet profits are also being squeezed. As the industry has mushroomed to an estimated value of $5 billion, prices have also plummeted, owing to new farming techniques. Neighborhoods across Southeast Asia are being taken over by windowless structures emulating cave environments and attracting swiftlets with birdsong blasted through loudspeakers. It’s apparently an effective trick, because swiftlets are being domesticated at a scale never witnessed with another wild species.

As night falls, swarms of swiftlets thousands-strong form in the outskirts of Johor Bahru, a sprawling city in southern peninsular Malaysia that sits opposite affluent Singapore. The birds dart into holes in the roofs with exquisite precision, as if hoovered in by a gigantic vacuum. Inside one of the stripped-down former office spaces, Yang Dequan uses a mirror attached to a cane to check on his avian tenants, nesting on the beams along the ceiling. At the switch of a knob on his stereo equipment, the recorded birdsong grows more intense, setting the room aflutter.

“This is their warning call and will make them return home to check on their chicks,” he says. “I’ve studied the variety of bird calls, air ventilation, sanitation and pest control. You need to have love for the birds in order to succeed.”

Malaysian Prime Minister Najib Razak has highlighted the industry for its growth potential and his government is promoting loans to give it a further boost. In Malaysia alone, the number of farms have surged from an estimated 1,000 a decade ago to over 60,000 today, and in Vietnam and Cambodia the business is only just about to take off. Cheap nests have swamped the main retail market in Hong Kong.

“Before we used to sell nests by the tael [37.8 g],” says a salesman surnamed Luk on Wing Lok Street, nicknamed Bird’s Nest Street. “Now we sell by the kilogram.”

Farms have many advantages: nests here are easier to pick and they are also easier to clean, since owners only attract “white-nest swiftlets,” a variety that doesn’t build nests riddled with feathers. Once a farm is up and running it takes very little maintenance, and the initial investment of about $15,000 can be made back in a couple of years. It is a world away from where the trade started.

In the weeks leading up to harvest in Madai, the cave is buzzing with activities. Bamboo ladders and platforms are constructed, ropes inspected and goats sacrificed.

“If we don’t give a sacrifice as compensation for the nests we take, the penunggu [guardian spirit] will take the life of one of us,” says Jafaar.

Like every Idahan, Jafaar has inherited a portion of the cave to harvest from his grandmother. Every 10 years the lots are swapped within the tribe, in order to share the more prolific patches.

“We’re the caves’ heirs and it’s brought us a lot of development,” says village elder Sabtria binti Haji Kaharuddin. “Now we have cars and a road, when I was little there was only jungle.”

But to live off the cave is becoming increasingly difficult. On top of decreasing prices the inherited lots are becoming smaller. New laws have also pushed the Idahan out of their lands in favor of commercial plantations of oil palm and cocoa. Now they take jobs in town and hire Filipinos and Indonesians to do the dirty work in the cave. Traditions are slowly dying out. The cave mouth is littered with graffiti and only a handful of the ancestral stone tombs along the pathway remain intact. In the neighboring province of Sarawak nest theft has become so rampant that swiftlet populations have been severely depleted. In the great cave of Niah, a major tourist attraction, colonies that once comprised about 4 million birds have all but vanished.

The vast majority of edible bird’s nests today are farmed. Yet, challenges abound here too. A scandal of nitrate-contaminated nests prompted a Chinese import ban in 2011. Smuggling through Hong Kong is believed to have kept demand on the mainland satisfied, but the prohibition still led to a shake-up of the previously unregulated industry. Exporters now need to run their products through laboratory tests to receive China’s approval. Tan Boon Siong, the former head of the Bird’s Nest Farmers Association in Johor Bahru, swears by the “miraculous” powers of bird’s nests. However, he concedes that there’s been widespread manipulation and lack of hygienic knowledge.

“Nitrate is only one of the problems,” Tan says. “There is also lead, cadmium, arsenic. Some farmers believe that the more droppings there are, the more birds will be attracted. They spray the nests with insecticides to get rid of ticks and add salt water and preservatives to make them appear more plump and last longer.”

Consumers are perhaps not the only ones that need to be concerned. Neighbors of bird farms have long complained of the noise the birds make, the smell they produce and the bugs that come along with them. Lord Gathorne Cranbrook, a zoologist with over 40 years experience studying swiftlets and the author of Swiftlets of Borneo, warns of the unknown.

“I’ve always been anxious of diseases, avian malaria and so on, going around,” he says. “It’s extraordinary to have an industry with birds in domestication, but we haven’t assessed the veterinary risks, haven’t researched the harvest cycle. How does this affect the wild population? We’re very unknowledgeable, to an extent you wouldn’t see in any other industry.”

In Gomantong Cave, some 250 km west of Madai, the yells in Bahasa Malaysia that reverberate across the cathedral-like expanse betray little of such concerns.

A team of workers is systematically picking clean the up to 60-m-high walls, on behalf of a Chinese businessman who has bought the rights to this harvest. In 11 days they will empty the cave of a ton of nests. Zakaria bin Rugi stands on one of the guano hills, holding a rope connected to the steel ladder the pickers are balancing on. A few more days, then his career is over.

“I promised my children to quit, they think it’s too dangerous,” he says. “But in my 59 years as a harvester I’ve only seen one man die, and he was very unlucky.”

Zakaria considers himself very lucky. His work has put his children through school. He is respected within his trade. The question is for how long his kind of expertise will hold any value. Or if farms will soon monopolize the industry, leaving the remaining wild swiftlets alone in their nests high up on Southeast Asia’s cave walls. 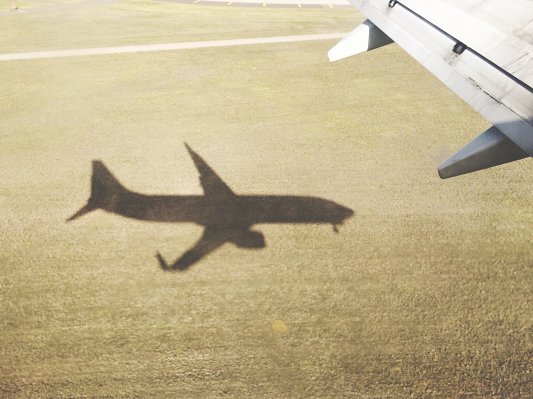