The father of the drowned three-year-old Syrian refugee whose death was captured in highly publicized photos has a holiday message for the world—open your hearts, and doors, to Syrians seeking asylum.

Abdullah Kurdi filmed the video with AFP media for broadcast in the U.K. on Christmas Day, reports CBS News.

“My message is I’d like the whole world to open its doors to Syrians. If a person shuts a door in someone’s face, this is very difficult. When a door is opened they no longer feel humiliated.” said Kurdi in the broadcast. “At this time of year I would like to ask you all to think about the pain of fathers, mothers and children who are seeking peace and security. We ask just for a little bit of sympathy from you. I wish you a very Happy New Year. Hopefully next year the war will end in Syria and peace will reign all over the world.”

Aylan Kurdi, his three-year-old son, was the boy famously captured by the images which helped alert the world to the growing crisis over what to do with the more than 1 million refugees who had fled their countries to the European union this year.

Along with Aylan, Kurdi lost his wife and his five-year-old son Galip when their overloaded boat flipped over at sea. 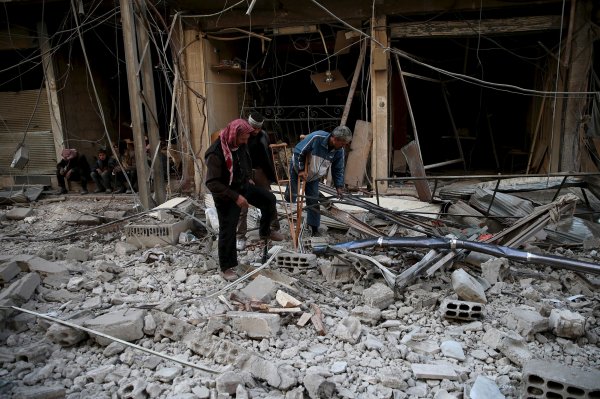