Miss Universe Snub Is No Laughing Matter in Colombia

Normally the nervous women tottering in high heels are the ones prone to gaffes at beauty pageants. But during the Miss Universe contest in Las Vegas on Sunday night it was the host, Steve Harvey, who committed an epic “oops.” By naming the wrong winner then forcing Miss Colombia to give back the crown, he became an instant villain in the South American nation.

The mistake made for excruciating live television. After apparently misreading the ballot with the final results, Harvey announced that Miss Colombia, Ariadna Gutiérrez, was the new Miss Universe. An ecstatic Gutiérrez paraded before the audience in her glittering crown and Miss Universe sash with a tiny Colombian flag in her hand. But then Harvey realized his mistake and declared that Pia Alonzo Wurtzbach of the Philippines had won.

Gutiérrez seemed in a state of shock as she was asked for the crown back so it could be placed on the head of the equally confused Wurtzbach. Gutiérrez broke down in tears but later recovered and told reporters: “Everything happens for a reason.”

Many of her fellow Colombians were less magnanimous. It didn’t help that Harvey initially tweeted an apology to “Miss Columbia,” wrongly spelled with a u — as in the District of Columbia or the doomed Space Shuttle.

“They stole the crown from us and destroyed the dreams of a country,” Gutiérrez’s cousin, Álvaro Arévalo, told the Bogotá newspaper El Tiempo. “They exposed her to public humiliation.”

Social media exploded with irate messages and conspiracy theories. Some wondered why it took so long for Harvey to admit his error. The Cali-based El País newspaper asked in a headline: “Mistake or Fraud?” Harvey’s blunder was compared to the Chicago Daily Tribune’s infamous 1948 election pronouncement: “Dewey Defeats Truman.”

Other comments were more sinister. One image on Twitter showed a lookalike of the late drug lord Pablo Escobar asking for the name of the Miss Universe host as if contemplating a revenge killing.

Colombia takes its beauty contests seriously. Colombian women have twice been named Miss Universe, including last year’s winner Paulina Vega, and have been runner-up five times. The BBC has calculated that the country holds nearly 3,800 beauty pageants per year.

Most contests are named after local agricultural products, such as Miss Coffee, Miss Yucca or Miss Onion. But some are more disturbing. In the Little Miss Thong pageant, held in the cowboy town of Barbosa, prepubescent girls are paraded across the stage in bikinis.

Gutiérrez worked her way up this circuit and nearly gained the ultimate prize. But blogger and pageant judge Perez Hilton said that he and other judges preferred Miss Philippines and called Gutiérrez an arrogant diva.

“There’s a reason, many reasons, why she didn’t win,” he told Good Morning America.

But after the swift and brutal removal of her crown, Gutiérrez has garnered widespread sympathy and may well end up more beloved than the real Miss Universe. Said Colombian fashion maven Pilar Castaño: “If she plays her cards right, it could be a dream.” 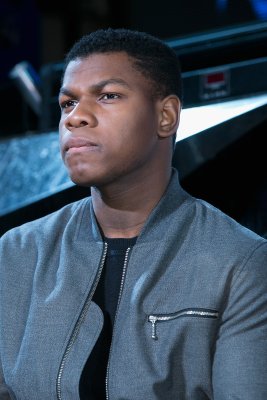 Star Wars Actor John Boyega Was a Witness to a Notorious London Murder
Next Up: Editor's Pick