Officials in Florida are investigating the death of a black woman who was forcibly removed from Calhoun Liberty Hospital in Blountstown, after being discharged by her physician on Monday and refusing to leave.

Barbara Dawson, 57, insisted that she needed further medical care, but her doctor said she was clear to be discharged after receiving treatment. Police were finally called to the scene, and when Dawson declined several requests by police that she leave, she was placed under arrest. She collapsed on the way to the patrol car and was readmitted to the hospital but died later Monday from a blood clot in her lungs caused by morbid obesity, according to an autopsy report cited by police.

City and state officials are investigating the incident, Reuters reports.

“We all grieve when we lose a community member,” Police Chief Mark Mallory said in a statement, adding that Blountstown is “a small, close-knit community.” 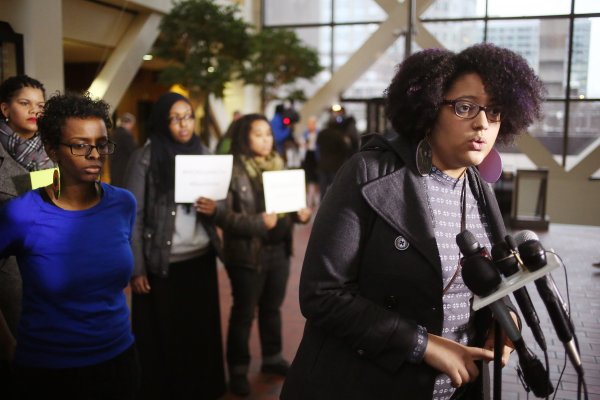 Black Lives Matter Protesters Converge on Mall of America
Next Up: Editor's Pick