Here's the Secret to Sticking to Your New Year's Resolution

I always make the same mistake. Every New Year’s, I get a lot of big ideas about the things I’ll do, and write them all down in a neat list of bullet-points. My lists are long and exhaustive, veering from the specific (“call Grandma more often”) to the ambitious (“finish manuscript, sell book, make millions”) to the existential (“live in a constant state of wonder and gratitude”). They never work. I’m great at making resolutions, but terrible at staying resolute.

I’ve tried paring down the list (sorry, Grandma), making baby steps (okay, “finish manuscript”), making every goal concrete (“record moments of wonder and gratitude on Notes app”), but nothing seems to help. New Year’s always feels like a day of bluster before a year of self-flagellation for failing to live up to my own expectations.

Higgins puts it this way: “You can play to win, or you can play not to lose.”

That’s why prevention goals generally have higher success rates in the long term. Often, failing to meet your prevention goal could have worse consequences than failing to meet a promotion goal, because you’ll end up worse off than you were before. If you don’t buy an apartment, you’ll just stay where you are, but if you don’t pay your credit card bill, you’ll be in debt. Prevention goals are about building reasonable habits and then maintaining them, not achieving an abstract goal. “The promotion system tends to think abstractly, partly because it’s ideals and dreams, it makes things very general,” Higgins says. “Prevention is more concrete, it translates into “right now I have to make sure I’m safe and secure.”

Prevention resolutions are also easier to keep because failure has a different effect on each system. “Failing in promotion causes depression, failing in prevention causes anxiety,” Higgins explains.

It’s all a question of vigilance. If you set a big promotion goal for yourself– let’s stick with running a marathon– and you fail to meet it, you’ll get discouraged. You’ll lose your eagerness to achieve that goal. “If you lose your eagerness in life, that is precisely depression,’ Higgins says. “You don’t care anymore, nothing excites you.” So once you’ve failed, you don’t have any incentive to get yourself back on the right track.

But if you fail or cheat on a prevention goal, you’ll become even more vigilant, not less. If you set a big prevention goal for yourself — paying your credit card bill on time– and you don’t, it becomes even more important for you to pay it next time. Prevention goals create a positive feedback loop (lapses create more vigilance to prevent future lapses) while promotion goals set you up for disappointment.

Of course, it’s all psychological, and you can make your goals into prevention goals or promotion goals. It all depends on your state of mind. If you give yourself higher stakes– things you already have in your life that you may lose if you don’t stick to your resolution– you’re much more likely to keep your promises to yourself.

Which means this New Year’s, I’m letting go of my plans to achieve constant happiness or complete huge projects. I’ll settle for cleaning the bathroom more often. And calling Grandma. 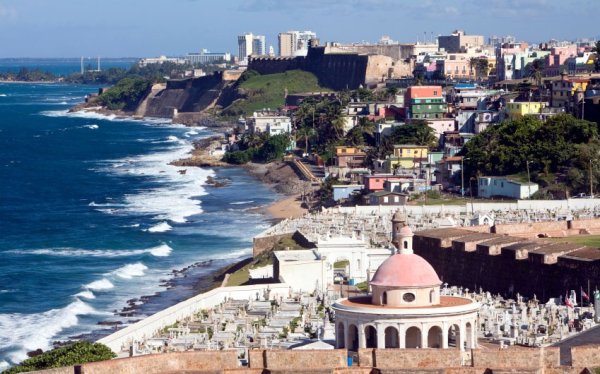 These Are the Best Sunny Cities to Visit This Winter
Next Up: Editor's Pick