Chipotle is changing some of its cooking and food-preparation methods after the chain was linked to an E. coli outbreak that has made more than 50 people ill across nine states.

According to the Associated Press, Chipotle’s changes include: some ingredients, such as tomatoes and cilantro, will be chopped ahead of time in centralized locations to facilitate testing; raw chicken, which used to be marinated in large bowls, will now be marinated in re-sealable plastic bags; steak and chicken will be tested more frequently; cheese will be shredded before coming to restaurants; and onions will be submerged in boiling water ahead of being chopped to help fight germs.

Earlier this week, the Centers for Disease Control and Prevention announced that it was investigating five more cases connected to the restaurant, though it was unclear if these cases were related to the earlier outbreak.

“When you’re given a project like this, you look at the universe of hazards,” said Mansour Samadpour, the CEO of IEH Laboratories, which Chipotle hired to revise its food preparation procedures, according to the AP.

On Monday, Chipotle spokesman Chris Arnold said of the incoming changes, “With all of these programs in place, we are confident that we can achieve a level of food safety risk that is near zero.” 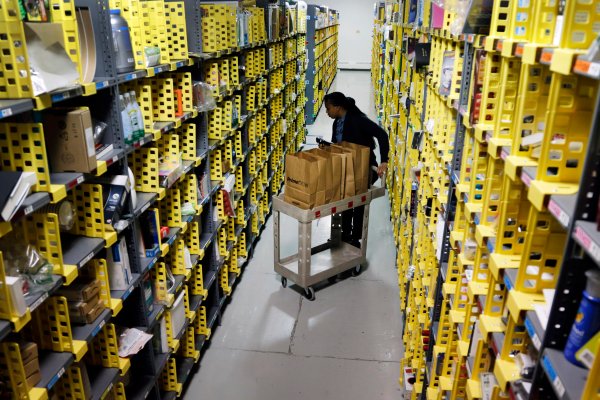 A Look Inside Amazon's New York City Warehouse
Next Up: Editor's Pick