John Boyega in Seoul, Dec. 9, 2015. According to Damilola's father, the Star Wars actor and his sister were witness to Damilola's murder as a schoolboy.
Han Myung-Gu—WireImage/Getty Images
By Tara John

Star Wars actor John Boyega was one of the last people to see a London schoolboy before he was murdered, the father of the schoolboy has revealed.

Richard Taylor, 60, told the Mirror that Boyega and his sister Grace were with his son, Damilola Taylor, shortly before he was stabbed to death on Nov. 27, 2000, in South London.

Boyega, who was eight at the time, and his sister wanted to escort Taylor home, but he said he would be fine walking alone. The young Taylor had left a computer class before two youths stabbed him with a broken bottle. He died from his wounds that day, 10 days before his 11th birthday. The murder of the boy who had recently emigrated from Nigeria horrified Londonders.

“The three of them were captured in the CCTV recording that the police used when they asked people to come forward to assist with the investigation,” Taylor told the Mirror, “Damilola and John and Grace were so close. They were looking after him when he arrived in the U.K., because they went to school together.”

Boyega, who plays Finn in The Force Awakens, invited Taylor to the film’s premier in London. The actor has also nominated the Damilola Taylor Trust to share $1.5 million from the charitable initiative Star Wars: Force for Change. 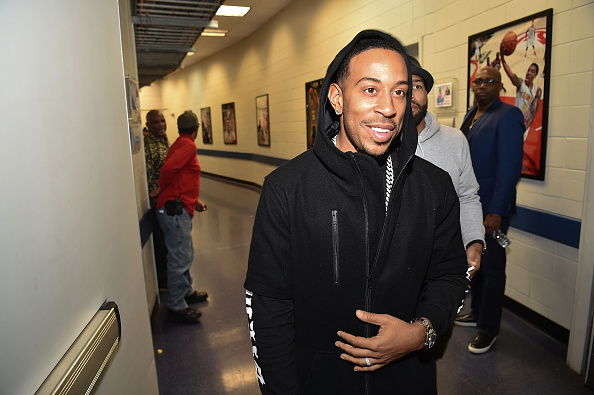 Ludacris Spreads Holiday Joy at the Children's Hospital in Atlanta
Next Up: Editor's Pick