Although I am Muslim, I have a deep affection and respect for Christmas. Affection because I was raised Catholic and the holiday season is a nostalgic hug as comforting as a warm crackling fire and hot apple cider. Respect because praising the significance of the birth of Jesus is an important part of the Muslim faith. The Quran, Islam’s holy book, reveres Jesus as a great messenger of God, describes his virgin birth, and acknowledges the miracles he performed: “I have come to you with a sign from your Lord. I make for you the shape of a bird out of clay, I breathe into it, and it becomes a bird by God’s permission. I heal the blind from birth and the leper. And I bring the dead to life by God’s permission. And I tell you what you eat and what you store in your houses.” (Quran, 3:49).

Christmas time is a wave of good cheer that washes over most people, regardless of their religious affiliations or lack of one. It’s the time when we imagine the best person we could be—and then try to be that person. We hold more doors open for others, let people pull in front of us in traffic, pick up the lunch tab for co-workers. We feel good knowing that such a kind and gentle person lurks within us. And each year we try to coax that lovely person to stay a little longer past the season. Because without that person, baby, it’s cold outside.

However, recent events, from terrorist attacks to police killings of unarmed African Americans, have heightened public awareness that America is in the midst of an identity crisis. On the one hand, Americans see themselves as the great international melting pot that welcomes huddled masses of all religions and ethnic backgrounds. On the other hand, they’re terrified that too much diversity mixed in the pot will dilute our white Christian majority. The resulting American stew might be a little darker in appearance and a little less likely to display a nativity scene at Christmas. Statistics support this perception: over the last 50 years, the percentage of Christians and Jews in almost every denomination have decreased while the number of Muslims has increased to make Islam the third-largest religion in the U.S. At the same time, the number of non-religious people has increased to about 23%.

Our cultural identity is transitioning from a large white majority to a more mocha-shaded complexion. The non-Latino white majority (63% in 2012) has been decreasing every year. Four states—Hawaii, New Mexico, California and Texas—already have non-white majorities. By 2050, more than 25% of the population will be Latino. The African-American population, currently at about 13%, or 42 million, is also increasing faster than the white population. The fastest-growing ethnic group is of Asian descent, which increased from 10.2 million to 16 million from 2000 to 2013. By 2050, it will likely increase to 34.3 million. In true melting-pot tradition, America is becoming less white and less Eurocentric. According to the U.S. Census, by 2044 the white population will be in the minority.

The speed of change is disorienting for many Americans and makes them fearful that someday they, too, will be marginalized. This fear is, in part, behind the rising anti-Muslim sentiment in the country. A California State University research group, the Center for the Study of Hate and Extremism, has reported alarming increases in hate crimes against Muslims in America, including physical assault on the streets, arson and vandalism at mosques, and shootings and death threats targeting Islamic-owned businesses. Since the Paris attacks of Nov. 13, the average of 12.6 monthly suspected hate crimes against Muslims in America has tripled. A Muslim cab driver was shot in the back. A hijab-wearing student was attacked and punched. A Muslim woman at a car wash was threatened by a man with a knife. Mosques have been vandalized. A bullet-riddled copy of the Quran was left outside an Islamic store. This is not the religious tolerance that Thomas Jefferson envisioned for America when he said: “The legitimate powers of government extend to such acts only as are injurious to others. It does me no injury for my neighbor to say there are twenty gods or no god. It neither picks my pocket nor breaks my leg.”

It’s difficult to sustain outrage at the sad individuals conducting these attacks because they clearly aren’t intelligent enough to understand the impotence of their contradictory behavior. They don’t realize that each attack is like donating money to ISIS because it helps them recruit more followers while harming the people here who are just as opposed to the terrorists. To attack Muslim Americans for the actions of ISIS or any other terrorist would be like leaving bullet-riddled Bibles outside churches because Jim David Adkisson, a devout Christian, shotgunned a group of children in a Knoxville church, killing two and wounding seven, because of the church’s “liberal teachings.” Or vandalizing churches because Dylann Storm Roof, a member of the local Lutheran church, slaughtered nine African-Americans during a church service in 2015. Or bullying Christian children because Anders Breivik massacred 77 people in 2011 in Norway, defending his actions in his anti-Muslim, anti-immigrant, and pro-“Christian Europe” manifesto. Like ISIS followers, these murderers have concocted a fantasy scenario in which they can be glorified through violence but which has nothing to do with the religion they pretend to follow.

These escalating attacks on Muslim Americans are not only un-American but they are also un-Christian. The people who perform these acts of violence and vandalism follow neither the Constitution nor the Bible, but they do represent the distillation of the anti-Muslim sentiment that is flowing across America like steaming lava, vaporizing our Christmas cheer.

The real villains here are the ones who knowingly create an atmosphere of fear and hate without taking responsibility for the inevitable violence that ensues. Private evangelical Christian Wheaton College, for example, is an institution of higher learning that should symbolize the sacred pursuit of knowledge. But when political science professor (and devout Christian) Larycia Hawkins wore a headscarf to show solidarity with Muslims because, as she said on Facebook, they share the same God as Christians, she was suspended. A New Jersey Muslim-American high school teacher claims she was fired for showing a film about Nobel Peace Prize winner Malala Yousafzai, even though a non-Muslim teacher had shown the same film several years earlier. She also alleges she was told not to mention Islam or the Middle East in class. So much for educating our children to think rationally.

The worst perpetrators are also the ones who hope to benefit most from amping up the paranoia level to DEFCON 1. The politicians’ alchemy is to transform fear into votes. Donald Trump has said he wants to ban Muslims from entering the U.S. and register those already here. Ben Carson, who has said he doesn’t think a Muslim should be president, has said he supports registering Muslim Americans. Ted Cruz and Jeb Bush have said they want only Christian Syrian refugees allowed into the country. And dozens of governors announced they would refuse Syrian refugees in their states. It’s like the country has a bruised rib and politicians keep poking the bruise while claiming only they can make the pain stop. They’ve gotten the country so riled up that a recent poll showed 30% of Republican voters want to bomb Agrabah, the fictional kingdom in the Disney movie Aladdin. In the same poll, 54% agreed with banning Muslims from entering the U.S., and 46% agreed with registering Muslims in the U.S. Both proposals are so unconstitutional that they actually do more harm to the country than the actual terrorists.

This campaign against Muslim Americans spits in the face of everything Christmas stands for. Peace on Earth. Good will toward others. Being the best person we can be. Fortunately, there are many Christian organizations that still live by their religious principles as a guide to what Christmas, and Christianity, stands for. World Relief, a non-profit organization started by group of evangelical churches, is helping relocate Syrian refugees in the U.S. “Jesus commanded us to love our neighbors,” Amy Rowell, director of the Moline, Ill., office of World Relief, told Quartz. “The parable of the good Samaritan comes to mind, making it absolutely clear that our neighbors cannot be limited to those of our same ethnicity or religious traditions.” The Roman Catholic Archdiocese of New Orleans also discussed his church’s support for the refugees: “Today, we face new challenges as we answer the Gospel call to welcome the stranger and care for the vulnerable…. Catholic Charities is a grantee agency that receives refugees from many parts of the world, including the Middle East.” Pope Francis even warned U.S. politicians that: “To imitate the hatred and violence of tyrants and murderers is the best way to take their place.”

Last Sunday, a group of 200 Muslims, Jews and Christians in Washington, D.C., walked together in what they called “Faith Over Fear: Choosing Unity Over Extremism.” Led by Imam Lyndon Bilal, Rabbi M. Bruce Lustig and the Cardinal Donald Wuerl, the head of the Archdiocese of Washington, the group walked from Washington Hebrew Congregation to Washington National Cathedral to the Islamic Center, stopping at each to offer prayers for interfaith unity: “Compassionate God, free us to love.” These faithful remind us all of our spiritual—and patriotic—duty.

Muslims, Christians and Jews worship the same God, just in different ways. Those differences can make each group wary of the other, until they realize that a fundamental teaching in all three religions is to co-exist in peace with others. True, we can all dig into each other’s holy texts for isolated quotes that seem to contradict this, and we can all air each other’s historical dirty laundry when each acted contrary to this teaching. But Christmas reminds us all that what really matters is how we behave here and now toward each other.

One popular Christmas song that best embodies the spirit of the season is “Christmas Time Is Here,” from the 1965 TV special, A Charlie Brown Christmas. The final lyrics are “Oh, that we could always see/Such spirit through the year.”

Now, that would be a Christmas miracle. 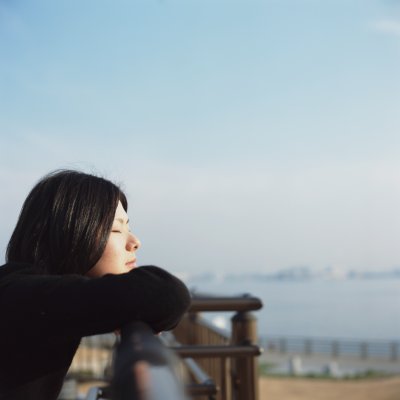 Why You Should Slow Down Your Day
Next Up: Editor's Pick