Who's the Greediest Mall Santa?

Once upon a time, Santa visited the mall, chatted with kids and posed for a photo as a way of researching what children wanted. Then, it all got a little overwhelming and malls started charging for the photos. And, inevitably those photos became a profit center, seeing Santa started to get pricey and Christmas just became a little less fun.

So we decided to do a little research to establish which mall Santa was the greediest. Turns out, though, just like assessing who’s naughty and who’s nice, it’s a hard call to make. Is the most avaricious Santa the one with whose suite of photos is priciest at the high end or the one who charges the most for the least? Here’s our list, not exhaustive, of which Santa setup is the most mercenary. (It should be noted that Santa himself is not the venal type, of course. We just fear his goodwill is being abused.)

At Macy’s in Manhattan, which is perhaps second only to the North Pole the most traditional place to see Father Christmas, it’s free to see Mr. Claus and you can book in advance for a rough timeframe. Photo packages are pricey though, from $20 to an eye-watering $60. (It’s rumored that the elves let you use your own phone to take a quick snap.) Parents or kids who have just had it with this can look at Santa through a window. For free.

At the Beverly Center in Los Angeles, you can get a photo of kids with Santa for $26. But if you want to keep that image as a digital download for your social media needs, you’ll have to cough up an additional $8. The most expensive package, which includes a not-optional $20 Shutterfly card, is $57.

At the Westfield in San Francisco, Santa offers a fast pass, if you pre-order your photos. Pony up $24 to $50 and skip the line. Rich techies kids don’t have time to be waiting for an audience with St. Nick! They’ve got coding to practice.

At Santa Monica Place, you can have a “reserved place in line” with the purchase of a package that runs from $35 to $50. For the less flush, there was a breakfast with Santa earlier in December for a flat $10, but it’s not clear that he was taking gift requests.

The high-end Water Tower Place in Chicago is a relative bargain. Digital downloads, a bunch of the same coupons everybody is offering and some little photos for $35. And yes, you get to reserve in advance.

These are all quite a hit on the wallet but our prize for what might be the greediest Santa setup goes to the enormous South Coast Plaza in Orange County, Calif. While its photo packages ran a fairly standard $14 to $48, parents had to cough up $9 for pictures taken with their own (!) cameras. Even the Kardashians don’t charge for selfies. On the plus side, it does have a Santa Train for $1, and you can take as many photos as you like on the reindeer carousel.

The spirit of Santa isn’t totally dead, though. For a more authentic experience, follow the advice of reader Suzanne Selph from Savannah, Ga. She tells us she saw Santa at the local Bass Pro store. “It wasn’t crowded, they took a photo of each child individually with Santa plus a group shot and gave us the prints for free,” she says. “And Santa really listened!” 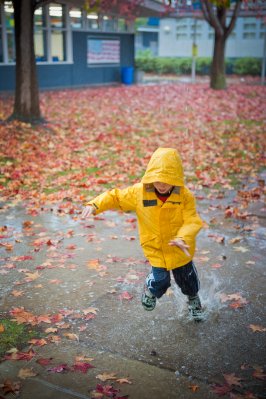 How to Talk to Your Kids About the Weather—Really
Next Up: Editor's Pick