Why Americans Are More Afraid Than They Used to Be

"I address you, the members of the 77th Congress, at a moment unprecedented in the history of the Union," said President Franklin D. Roosevelt as he started his message to the joint session of Congress, Jan. 6, 1941.
George R. Skadding—AP
By Lily Rothman

It was 75 years ago, on Jan. 6, 1941, that President Franklin Roosevelt stood to deliver the State of the Union address that would become one of his most famous.

“At no previous time has American security been as seriously threatened from without as it is today,” Roosevelt admitted, but he still had hope for a future that would encompass the “four essential human freedoms”—including freedom from fear. And when Pearl Harbor was attacked at the end of that year, news reports from the time showed that Americans indeed responded with determination more than fear.

Nearly three quarters of a century later, a poll released in December found that Americans are more fearful of terrorism than at any point since Sept. 11, 2001. And while recent events like the attacks in ISIS-inspired attacks in Paris and the fatal shootings in San Bernardino, Calif. may have Americans particularly on edge, experts say that Roosevelt’s advice has gone unheeded for sometime. “My research starts in the 1980s and goes more or less till now, and there have been very high fear levels in the U.S. continuously,” says Barry Glassner, president of Lewis & Clark college and author of The Culture of Fear: Why Americans Are Afraid of the Wrong Things.

Firm data on fear levels only go back so far, so it’s hard to isolate a turning point. Gallup polls on fear of terrorism only date to about the time of the Oklahoma City Bombing in 1995. (At that point, 42% of respondents were very or somewhat worried about terrorism; the post-9/11 high mark for that question is 59% in October of 2001, eight percentage points above last month’s number.) Other questionnaires about fear of terrorism date back to the early 1980s, following the rise of global awareness of terrorism in the previous decade, as Carl Brown of Cornell University’s Roper Center public opinion archives points out. Academics who study fear use materials like letters and newspaper articles to fill in the gaps, and those documents can provide valuable clues.

For one thing, fear doesn’t exist in a vacuum–larger cultural forces have a way of influencing how people respond to questions. “If you think that the society around you expects courage, you may be scared as the dickens but you’re not going to say it to a pollster,” says Peter Stearns, author of American Fear: The Causes and Consequences of High Anxiety. “Currently, fear has become in some ways slightly fashionable, so maybe people are even exaggerating a little bit.”

There are also differences in threats that can affect how people perceive fear. For example living through the Cold War, with its constant specter of nuclear attack, required an ability not to live in a perpetual state of fear in order to function, Stearns notes. The last decade, by contrast, has seen a steadily high level of fear punctuated by jarring spikes, rather than a gradual acculturation.

Another notable difference today is that many people feel that they may have to confront threats on their own. The attack on Pearl Harbor wasn’t so scary because even people who disagreed with Roosevelt’s policies largely believed that the U.S. military could defend the nation and eventually win the war. These days, the measurable loss of faith in government combined with the difficulty of fighting terrorism has given the public less confidence that they will be kept safe. “That’s why we see so many people feeling like they have to fend for themselves,” Stearns says. “Buying guns after 9/11 [was] frankly not an entirely rational response, whatever you think about guns, but understandable because we do think we have to take care of ourselves.”

Yet one more big change over the last half-century has been the proliferation of a politics of fear. Stearns identifies Lyndon Johnson’s 1964 “Daisy” ad as the first fear-based political ad, and says that fear’s presence in American discourse has only increased since then. Glassner agrees that politicians, companies and the media have played a big part in the change, figuring out how to trigger fear and using that knowledge more frequently. Technology is part of it, too: though fear of kidnapping is certainly older than the Lindbergh baby, news of the child’s disappearance today would appear round-the-clock on cable, social media or via Amber Alerts to Americans’ phones.

“Part of what I find interesting about this is that overall most Americans live in what is arguably the safest time and place in human history ,” Glassner says, “and yet fear levels are high and there are many, many fears and scares out there.”

In introduction to his book, Glassner declares that “Roosevelt was wrong” that the only thing we have to fear is fear itself. Fear, he contends, is not the problem. In fact, there are many things we should be afraid of. (Drunk drivers, he says, are his own bogeymen.) Parents who fear kidnappings but let their children bike without a helmet are acting irrationally, for example. Shark attacks, violent crime and even terrorism are over-feared too, he believes, but that situation can have real consequences, distracting us from the real threats and preventing rational response to the smaller threats.

But there’s at least one reason to breathe just a little easier: Glassner says he believes that Americans want to act and think rationally, and Stearns agrees that fear levels don’t have to stay so high forever.

“If the argument is right that some societies go through periods where fear goes up unnecessarily, by the same token there are periods when it goes down, maybe also sometimes more than it should,” he says. “I don’t expect this to last forever, but I can’t pretend that I can predict when it’s going to relax.” 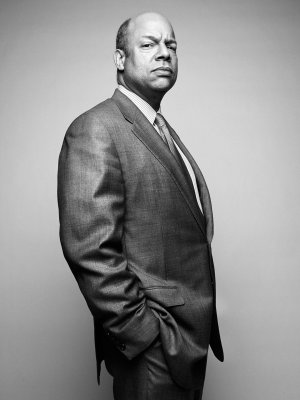 Homeland Security, ISIS and the Fight Against Fear
Next Up: Editor's Pick