1 The unexpected fortunate event of 2016 will be:

b) Median U.S. wages start to grow after decades of stagnation

c) Abu Bakr al-Baghdadi is killed by an aerial drone, followed by the collapse of ISIS

d) All parties ratify the Trans-Pacific Partnership, giving a boost to markets

2 The unexpected unfortunate event of 2016 will be:

a) China takes Second Thomas Shoal from the Philippines, triggering conflict in the South China Sea

b) The House of Saud loses control of Saudi Arabia

c) Iraq ceases to exist as a nation-state

3 The surge in domestic terrorism threats will lead to:

a) A nationwide rise in concealed-carry permits

4 The chief consequence of low oil prices will be:

a) Carbon goals around the world are harder to attain

d) Oil prices fly back up

5 Which commodity will be out of reach for most people in 2016?

a) Homes in Silicon Valley, scooped up by Chinese buyers looking for a safe investment

b) Lithium deposits in northern Nevada, because of booming electric-car and hoverboard sales

c) Shares in Uber, when the company goes public

d) Condos in Miami, for the third year in a row

6 Under Paul Ryan and Mitch McConnell, Congress will curtail tax breaks for:

a) Business expenses associated with running a marijuana dispensary

7 Hillary Clinton will choose as her running mate:

a) Vermont’s Bernie Sanders, to keep the peace in her party

b) Virginia’s Tim Kaine, in part because he speaks Spanish

c) Minnesota’s Amy Klobuchar, to double down on history

d) Vice President Joe Biden, because he would not need to move

a) Texas’ Ted Cruz, after he sweeps every Southern primary

b) Marco Rubio, after Sheldon Adelson drops millions on the Florida Senator

c) New Jersey’s Chris Christie, because “I don’t know how the President hugs because I’ve never hugged him. All I’ve ever done with Barack Obama is shake his hand.”

d) Donald Trump, on the third ballot at the Cleveland convention

9 The most influential social streams will belong to:

a) Jennifer Lawrence’s and Amy Schumer’s Twitter feeds, after they decide staging a BFF breakup is better for their personal brands

b) Bernie Sanders’ Snapchat, where the revolution expires after 10 seconds

c) @Pontifex, after Pope Francis learns how to use the word bae properly

d) Saint West’s Instagram, which is locked so Kim and Kanye can’t see his selfies

10 The most outstanding sports performance of 2016 will belong to:

a) The Chicago Cubs, who win their first World Series since 1908 and finally end the Curse of the Billy Goat

c) Serena Williams, achieving what narrowly eluded her in 2015: the calendar-year Grand Slam

d) Usain Bolt, for breaking his own world-record time in the 100 m, in his final Olympic Games 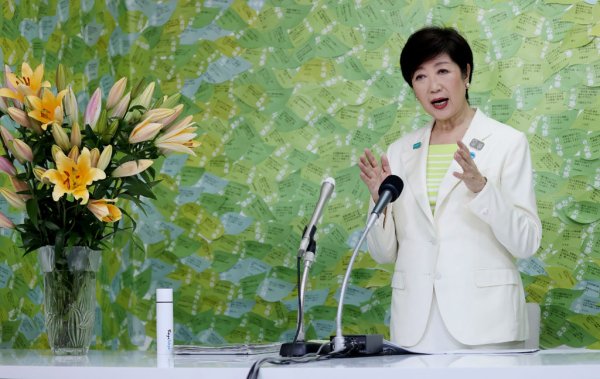