Kim Kardashian Now Has Her Own Emojis

Taylor Swift may be the most followed person on Instagram, but Kim Kardashian-West just unveiled her very own set of emojis.

Like Donald Trump and Karl Lagerfeld before her, Kardashian now has a set of designer emojis, aptly called Kimojis.

Kimoji options include a manicure, a text bubble saying “Basic,” a crying face, a waist trainer, various body parts, a hair dryer, a woman, presumably Kardashian-West, on a stripper pole, and, of course, a selfie. There’s also a red Solo cup, which seems an unlikely accessory for Kardashian-West, but will undoubtedly be appreciated by her fanbase.

This is not the First Lady of Reality TV’s first foray into tech. Back in the summer of 2014 she unveiled her wildly successful app Kim Kardashian: Hollywood, which spawned plenty of A-list imitators including apps from Demi Lovato, Katy Perry, and Britney Spears. Just a few months ago, the Kardashian sisters—that’s Kim, Kourtney, Khloe, Kendall, and Kylie—released a subscription-based app, which gives even more access to the famous sisters via exclusive photos, livestreams, and blog posts, including a post about Kardashian-West’s interest in eating her newborn son’s placenta. 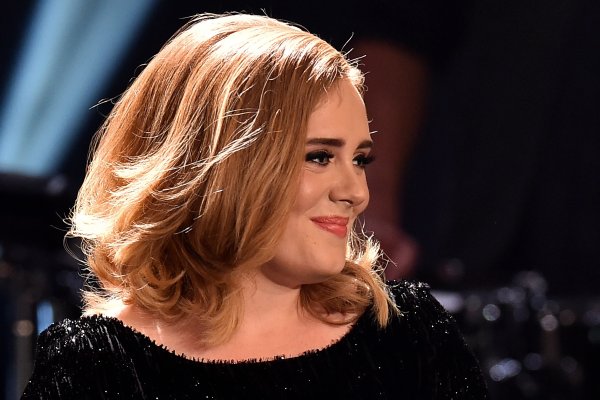 Adele Says She Would 'Probably Have Died' If She Hadn't Quit Smoking
Next Up: Editor's Pick