Astronauts aboard the International Space Station are performing an emergency spacewalk Monday to make critical repairs.

Americans Scott Kelly and Tim Kopra spent the weekend preparing their spacesuits and planning to repair the mobile transporter unit, which got stuck just four inches (1o cm) from where it needs to be to grapple an incoming ship launching from Kazakhstan slated to arrive Wednesday.

Without the repair, the ISS would be unable to accept unmanned cargo vehicles.

The problem involves the space station’s robotic arm, which moves from place to place along the station’s central truss aboard a sort of miniature rail car. When an uncrewed cargo vehicle arrives, it’s the job of the arm to reach out and grab it, then ease it in for a docking.

Watch Live: Astronauts Return to Earth After a Year in Space

The ISS crew is in no danger of running out of supplies. A cargo vehicle did successfully get off the pad and into space on Dec. 6, and the station is always heavily provisioned precisely against the possibility of launch delays. Still, the current problem and the high-wire act that may be necessary to sort it out is one more reminder that even for an orbital outpost that has been continually occupied for 15 years now, space never has—and never will be—easy.

TIME is producing a series of documentary films about two astronauts’ yearlong mission aboard the space station. Watch them here. 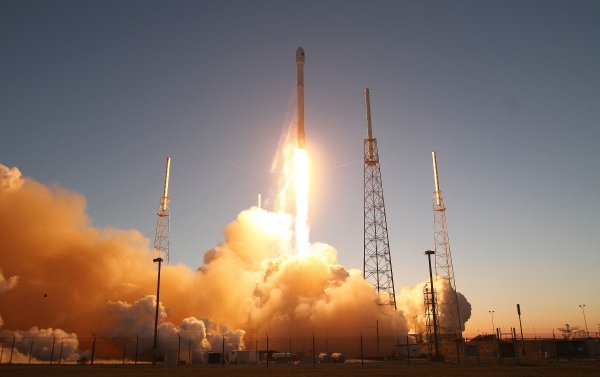 Watch SpaceX Launch Another Falcon 9 Rocket
Next Up: Editor's Pick