A New Jersey Boy Scout leader fought off a black bear with a hammer after the animal dragged him into a cave by his foot while he was hiking with three young Scouts, authorities said.

Christopher Petronino, 50, suffered bites on his leg and both shoulders but managed to fend off the bear during the Sunday attack by hitting it twice in the head with a rock hammer, NJ.com reports.

The Boy Scout leader then pulled his sweatshirt over his head and curled into the fetal position after shouting for the Scouts, who were outside of the small cave, to leave and find help, the state’s Department of Environmental Protection spokesman Bob Considine told the news outlet. The younger Scouts were not injured.

The bear was drawn out of the cave near a local reservoir by a barking dog after a terrifying 80 minutes, according to NJ.com. Authorities have not yet captured the animal. 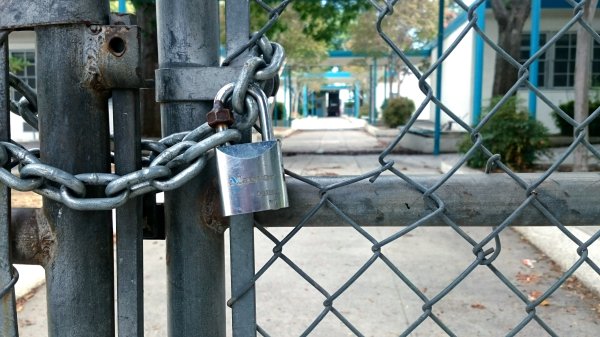