“Can I offer a different generation’s perspective on this,” the 52-year-old candidate asked during a discussion on whether or not regime change is the solution to the ongoing war in Syria.

The crowd in New Hampshire responded negatively to the age-charged comment, with some boos audible in the hall. Both Clinton and Sanders are about two decades older than the former governor of Maryland, a fact the candidate likely hopes to exploit as the primary elections rapidly approach.

Former Sec. of State Hillary Clinton responded to O’Malley’s comment by noting that the candidate had made a number of charged comments during the evening’s debate.

O’Malley, she said, had been making “all kinds of comments” with a significant pause strategically injected in the sentence. 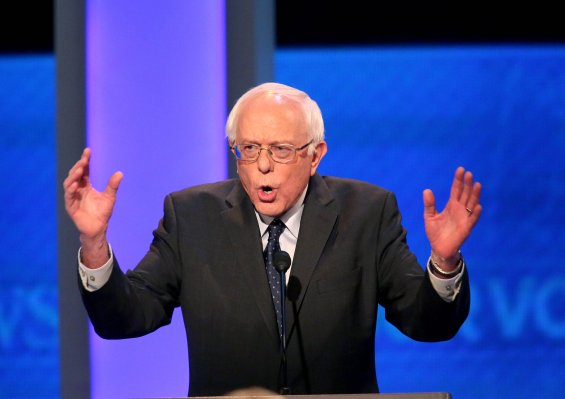 Here's What Bernie Sanders Said About Donald Trump
Next Up: Editor's Pick