Transcript: Read the Full Text of the Third Democratic Debate in New Hampshire

Three candidates for the Democratic presidential nomination met to debate for the third time Saturday night.

Here is a complete transcript of the debate.

Read Next: Hillary Clinton Fends Off Attacks At Democratic Debate 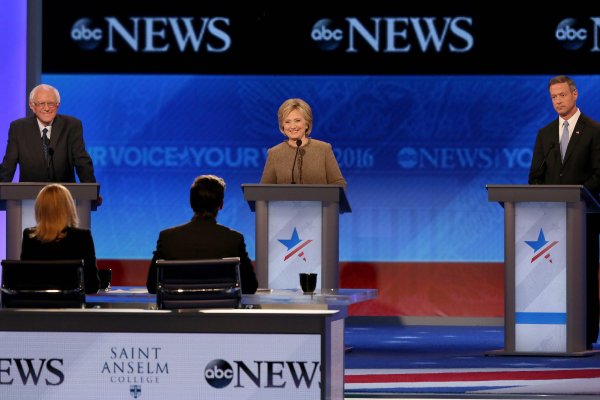 Here's What Republicans Said During the Democratic Debate
Next Up: Editor's Pick