What a Former iPhone Engineer Learned From Working at Apple

Talented workers often leave jobs at high-profile tech companies to set off on their own projects. From Instagram to Nest and beyond, many successful companies trace their origins to employees who once worked at Google, Apple and so on.

Nikhil Bhogal, the co-founder and chief technology officer of June, is one such entrepreneur. Bhogal worked on software for Apple’s iPhone and iPad before departing for Path. Shortly thereafter, he went on to create a new product of his own: A smart oven that June claims can help foodies cook the perfect steak or salmon.

Bhogal says his experience at Apple helped him shape his smart oven idea, as working at the Cupertino, Calif. company helped him get a broad view of the industry. “There are very few companies in the world where you get that kind of exposure to a whole vertical,” Bhogal said. “You see hardware, operating systems, services, apps . . . being at Apple gave me insight into how the whole vertical works.”

Although Bhogal worked primarily on camera software, he was still able to learn about other parts of Apple’s operation. Among those lessons: how the hardware team schedules its time and how the iPhone app review process works. “If you’re at a smaller company then you see a slice of the cake,” Bhogal said. “At Apple, obviously I knew my slice the best, but getting exposure into other slices from top to bottom was enlightening.”

That broad insight, Bhogal says, gave him the confidence to tackle a project as complicated as a consumer technology device. “That actually made me feel comfortable doing something this ambitious, where it’s not just an accessory or a thing that works with your phone,” he said. “It’s a whole thing that works better and happens to get better if you have a phone.”

Bhogal’s experience flies in the face of the belief that Apple keeps information tightly under wraps. That may be true for top-secret future projects, but Bhogal says Apple employees have plenty to teach one another. “I think you get what you put into it,” he said. “If you’re curious you can learn as much as you want.” 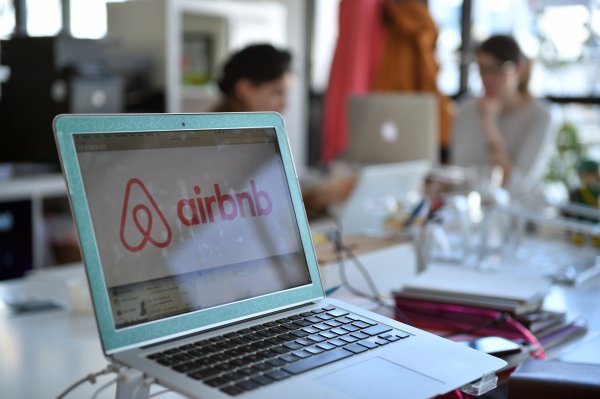 These Are the Best Places to Work in the US, According to Glassdoor
Next Up: Editor's Pick