A woman sitting on a bed at an Udaipur hospital, waiting for an IUD insertion.
Jill Filipovic
Ideas
By Jill Filipovic
Filipovic is a lawyer and writer.

Last fall—before the Center for Medical Progress released its video attack on Planned Parenthood, before Cecile Richards testified before Congress, before Congress voted to defund the health care organization—I was in India, watching a woman have an abortion.

The woman — I’ll call her Meena — was having a safe, legal procedure in a hospital, performed by a trained provider. Even so, this was not what abortion looks like in the United States, where clinics across the country strive to provide environments that are comforting and welcoming while also bright, clean and safe. The room in a public hospital was bare-bones; after the abortion was complete, Meena stood up and walked herself to the recovery room, which contained a thin mattress on a metal bed frame. There was none of what you’d see at American clinics: hand-holding, inspirational feminist quotes painted on the walls, cozy reclining chairs.

Still, Meena was comparatively lucky. Despite the fact that abortion is legal in India, safe and regulated procedures are less common than you might think. According to some studies, a woman dies every two hours here from an unsafe abortion.

“So many women were coming with perforation of the uterus or having incomplete abortion with severe hemorrhage,” Dr. Madhubula Chouhan, a professor and veteran OB/GYN who trains Indian doctors in abortion care, told me. “So many patients died because of unsafe abortion.”

Of all the women injured by clandestine abortions she saw in decades of OB/GYN care, I ask Dr. Chouhan, are there any particular stories that stand out? She pauses.

A sign in the hospitals sonogram room saying that sex-selective abortion is illegal.
Jill Filipovic

“We had one septic abortion daily. Daily,” interjected Dr. Chouhan’s colleague, Dr. Reena Mittal, also an OB/GYN. Less than a decade ago, they had a whole room dedicated to septic cases, she said; it was usually full. That changed two or three years ago, thanks to a combination of the trained abortion providers who work in many area hospitals, and increased access to medical abortion. Though often taken without a prescription or medical oversight, the “abortion pill” doesn’t cause the kind of life-threatening sepsis so often visited upon women who try to terminate by sticking foreign objects in their bodies. Now, women turn up with incomplete abortions from taking pills they procured from someone other than a doctor — but they don’t die, at least not nearly as much.

India maintains a maternal mortality rate 12 times that of the United States, and almost 44 times that of Sweden. Many of those deaths are still caused by unsafe abortion. Today, the political conversation in India isn’t a debate over abortion’s legality or morality, but about accessibility: How to make sure women know the procedure is legal and where they can get it safely (a challenge in a country of more than a billion people, many illiterate and with inconsistent access to the formal health care sector), and how to make sure there are trained, competent providers to serve women in need.

What the state of abortion access in India makes clear is that legality doesn’t necessarily translate into availability, but lack of availability does translate into increased injury and death. Women’s ability to get contraception, especially the most effective long-term methods, remains low in rural and impoverished areas. There is virtually no sex education. Abortion is heavily stigmatized, which pushes women to seek the procedure in private rather than going to a local hospital where they have to fill out paperwork and may run into a friend or acquaintance. Despite the diligent work of community health workers, misconceptions about birth control remain rife.

“Even if [women] are educated, they don’t have sex education,” said Dr. Ajay Pal Singh Solanki, a doctor undergoing safe-abortion training through the non-profit group Ipas, an international reproductive health and rights organization which conducts in-depth multi-week safe-abortion trainings of doctors across India. “They don’t have basic knowledge. There are so many myths regarding [abortion and contraception] in this whole society.”

All 12 doctors in the Ipas training room agreed with Dr. Singh Solanki: Education, and sex education in particular, was key in getting women to use contraception and lower the abortion rate. So too was ensuring well-trained providers were at hospitals across the country, especially for the low-income women who are most at risk: if a woman can’t get an abortion from a trained provider near by, she’ll turn to another method.

They’re doing their best, these doctors, along with health care providers and NGO workers and local women who tell their peers about reproductive health, and the dozens of other dedicated health advocates I met in just a few weeks. It’s getting better, they say – everyone here sees there’s a big problem, and they’re trying to fix it, and there’s more development and better technology than ever. If only there was greater political will, more money, additional manpower, better infrastructure.

How strange, then, to be back in the United States, where people want to defund Planned Parenthood, one of the largest providers of preventative health care, sex education and contraception in the country. How strange to read a recent study by the University of Texas estimating that more than 100,000 Texas women have tried to self-induce their own abortions — this, in a state where a recent law shuttered more than half of the abortion clinics, in a nation where abortion is a woman’s Constitutional right.

How strange to return to a country where we have the money, the manpower, and the infrastructure so coveted in much of the rest of the world, and yet the political will here, in this place of such incredible abundance, is to give women less, to take away one of our largest healthcare providers.

Planned Parenthood is a well-organized network of some 700 health centers across the United States. Some of their clinics provide elective abortions; none of those abortions are paid for by federal funds. Some 2.7 million American women and men, most of them poor, receive healthcare from Planned Parenthood every year.

What an unimaginable luxury in much of the world. What a gift.

And if the organization closed each and every one of its clinics tomorrow, abortion would persist — they would just be harder for women to get. And they would be, by extension, less safe. We’ve already seen this in parts of the United States: In Texas’s Rio Grande Valley, where a restrictive abortion law shuttered the last remaining abortion clinic, women report buying abortion pills at flea markets, crossing the Mexico border for procedures, or douching with Pepsi in an effort to miscarry.

Old gynecology encyclopedias in a hospital library, where the Ipas safe abortion training for doctors is held.
Jill Filipovic

What a gift. What a moral good. What a day worthy of celebration.

But, as we’ve seen in Texas and in Congress, that’s changing. Unable to outlaw abortion outright, opponents of reproductive rights – and it is opposition to reproductive rights generally, as these efforts to pull funding for sex education and contraception services illustrate – hack away at the edges, making birth control and abortion harder to get, more expensive, less safe, increasingly stigmatized. Make it harder to prevent a pregnancy you don’t want, then make it harder to end it, and then shame you for it.

In all the disgust and revulsion directed at a procedure that is a common and normal part of living in a body capable of becoming pregnant, there’s a striking omission: Women themselves. How easy it seems for our bloviating political class to forget that behind the every shock-value fetus video, every suggestion that terminating a pregnancy is more about “murder” than about the person who’s actually pregnant, there is a real, live, breathing woman, looking at the totality of her life’s circumstances – circumstances no one else can fully comprehend — and making a judgment call.

I know dozens of women who have made the choice to end a pregnancy; you probably do too, even if they’ve never told you. Meena, the woman I met in India, has never heard of Planned Parenthood or the American Republican Party; to her, the terms “pro-life” and “pro-choice” are meaningless. Meena is 27. She dropped out of school in ninth grade to care for her ailing mother, and was married by 15 to a man with a seventh-grade education. They live in a rural village outside of Udaipur with their two children, a girl and a boy. Meena and her husband are agricultural laborers. Working in the fields is exhausting, low-wage work, and she does it all day, sometimes with her one-year-old boy strapped to her body. Her biggest goal is for her children to finish their education. More than anything, she just wants their future to be secure, and having another child she can’t afford would jeopardize everything.

Her situation is less one in a million than it is one of many millions, a chicken scratch in an enormous global tally. It’s less a sob story than one of the most mundane and ordinary narratives, a whisper of I want better heard by so many women, across so many borders, throughout so many centuries.

Meena, whose doctor inserted an IUD after her abortion so she won’t get pregnant again, only rested for a few minutes before walking out of the recovery room and heading back home – who else, she asked, would do my household job and my work? Abortion isn’t magic; this story doesn’t end with a family lifted out of poverty, a girl staying in school, a humble prosperity that erases the worries about where tonight’s dinner will come from. It ends, simply, with those possibilities not foreclosed upon. It ends with Meena leaving the hospital, telling a nosy American reporter she felt satisfied, confident that her family of four could continue to take care of each other, with this one small weight lifted.

Jill Filipovic was a 2015 International Reporting Project fellow in India.

Correction: The original version of this story incorrectly described a Texas study about abortion. The study estimated how many women living in the state aged 18-49 reported ever attempting to self-induce an abortion in the state. 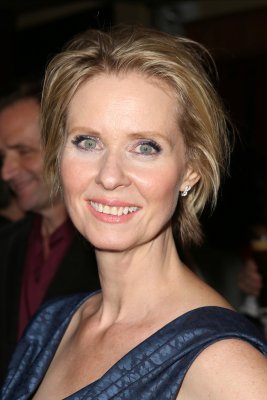 Abortion Rights Are Human Rights
Next Up: Editor's Pick