Sometimes we think we have a really amazing idea for a Christmas picture that everyone will just love. Sometimes we post that idea publicly. And sometimes that’s a really bad idea. Hannah Hawkes Photography, a business in Louisiana, found that out the hard way when it posted to Facebook a family picture showing a wife and her two daughters bound by Christmas lights with bright green tape over their mouths, while a man sits contentedly above them, displaying a sign that reads “Peace on Earth.” On the other side, their son is standing, smiling widely and giving the camera a big thumbs-up.

Showing the women in your family bound and gagged may seem to some like a cute and funny play on the old stereotype of women chattering too much and nagging the men in their families, particularly around the holidays. It’s something many of us have grown up with. But it’s wrong. And knowing it’s wrong and thinking it’s funny in any way is a problem. It reinforces a negative framing of women to our children. The fact that more people do not find the photo to be demeaning and derogatory shows how very far women’s rights still need to come.

A picture is worth a thousand words, and this one says the subjugation of women is hilarious. This family agreed to the photo-shoot, and the woman photographer agreed to take the photo. The wife and daughters are obviously not meant to depict hostages. But to many women who have undergone abuse either inside or out of the home, this image could bring back horrific memories. And it furthers the subconscious negativity toward women in our society by perpetuating the idea that women need to be shushed. Who decides that women talk too much? Men.

How would this joke go over if the women had bound and gagged the men? It wouldn’t go over at all because it wouldn’t be funny that way. The reason people like this photo is because they think they are in on the societal joke. But a joke like that isn’t funny; it primes the next generation to continue to hold archaic views.

We live in a society where rape victims are not believed, where catcalls and subsequent threats by strange men to women they don’t know are considered to be compliments or simply inconvenient, where rejection of a man’s advances could easily lead to death, where a man can “fall” into a woman’s vagina and be cleared of charges of sexual assault. So, no, this joke is not funny .

We cannot ignore images like this Christmas one. We need to talk about them. We need to say the very opposite of what this picture implies. Women must not be silenced. 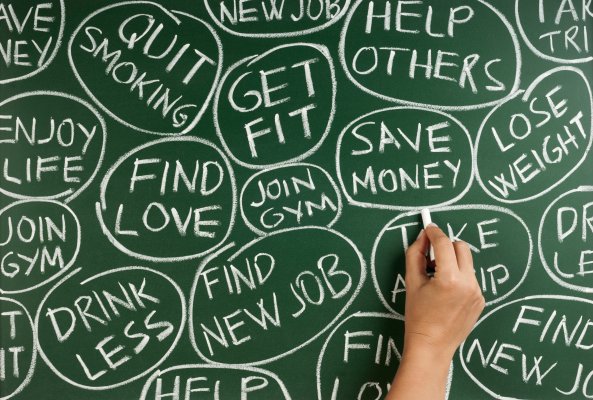 Your New Year’s Resolution Should Make You Laugh
Next Up: Editor's Pick