In an interview with “Morning Joe” Friday, Trump said he was pleased to be praised by Putin. “Sure, when people call you brilliant it’s always good, especially when the person heads up Russia,” he said.” Putin had called Trump “bright and talented” and all-but-endorsed his campaign this week.

But when host Joe Scarborough raised doubts about whether Putin’s support should be coveted, Trump brushed it off.

“He also is a person that kills journalists, political opponents and invades countries. Obviously that would be a concern, would it not,” Scarborough asked.

“Our country does plenty of killing also Joe,” Trump replied. “He’s running his country and at least he’s a leader, unlike what we have in this country.”

Scarborough replied incredulously, “Again he kills journalists who don’t agree with him?”

“Well, our country does plenty of killing also Joe, so you know,” Trump followed-up, before declaring that there’s “a lot of killing going on, a lot of stupidity” in the world.

Read Next: Why Donald Trump Can’t Actually Close ‘Parts of the Internet’ 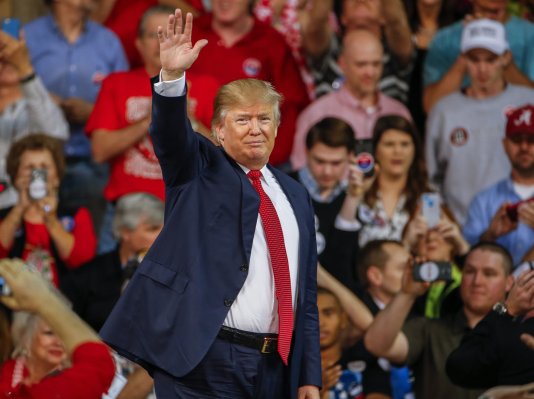