“It is always a great honor to be so nicely complimented by a man so highly respected within his own country and beyond,” Trump said at a rally in Ohio, the Hill reports.

Earlier Thursday, Putin had praised Trump as “bright and talented” during a press conference. Trump has previously said that he would “get along very well with Vladimir Putin.” 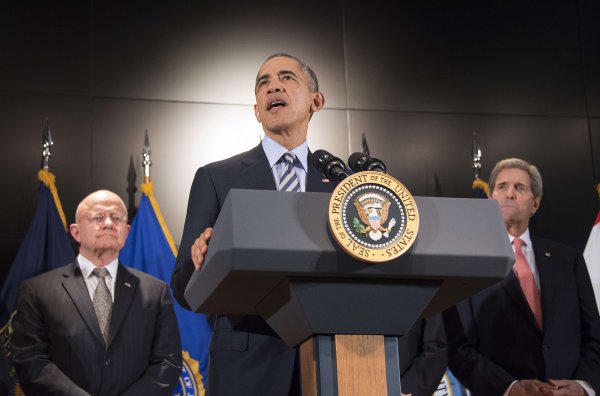 President Obama Reassures U.S. Ahead of Holiday Travel
Next Up: Editor's Pick