Denmark May Take Jewelry and Valuables From Refugees

Police organize the line of refugees on the stairway leading up from the trains arriving from Denmark on Nov. 19, 2015
Johan Nilsson—AFP/Getty Images
By Justin Worland

Denmark is considering a new law that would allow officials to take jewelry and other valuables from refugees who arrive in the Scandinavian country.

The law, reported by the Washington Post, would allow authorities to search migrants “with a view to finding assets which may cover the expenses,” a Danish official told the paper. The official said the country would not seize objects needed to survive like phones and watches or objects with sentimental value.

If passed, the legislation would be the latest step the nation has taken to discourage the millions of Syrian refugees from seeking shelter within its borders. Denmark has also slashed benefits for newly arrived refugees and taken out an advertisement in a Lebanese newspaper to discourage potential migrants from trying to reach the country. 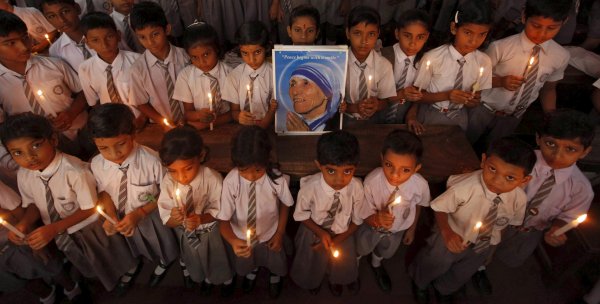 Mother Teresa to Be Made a Saint, Report Says
Next Up: Editor's Pick