Mother Teresa to Be Made a Saint, Report Says

Pope Francis has paved the way for Mother Teresa, the Nobel Prize winning Catholic missionary, to become a saint, according to a new report.

Avvenire, an Italian Catholic daily newspaper, reported that the Pope had credited the late Mother Teresa on Thursday with performing a second miracle—the curing of a Brazilian man of a deadly brain disease after members of the man’s family prayed to Teresa, according to Reuters.

Pope Francis attributed the second miracle to intercession with God, according to the paper, which Reuters reports is required for canonization. Francis is likely to hold a canonization ceremony for Teresa in September, Avvenire reports.

Mother Teresa had previously been beatified in 2003 by Pope John Paul II for performing one miracle; a recognition of one’s entrance into heaven that proceeds sainthood. Two miracles are a requirement for canonization.

The Vatican has not confirmed the miracle’s recognition and has no comment on the report. According to Catholic America magazine, the Church will likely announce the second miracle in the coming days. 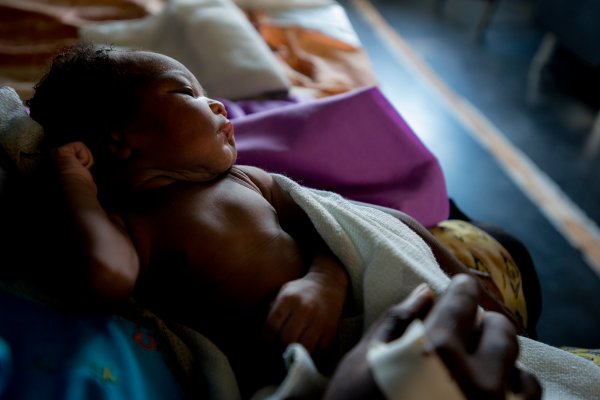 16 Million Babies Were Born in Conflict Zones This Year
Next Up: Editor's Pick