Why School Evacuations and Threats Are On the Rise

School buses stand idle as all Los Angeles city schools are shut down in reaction to a threat on December 15, 2015 in Los Angeles, California. A bomb threat against LAUSD schools was sent to various members of the Los Angeles school board late last night, according to LAPD Chief Charlie Beck. Local authorities immediately notified the FBI.
David McNew—Getty Images
By Josh Sanburn

On Thursday, multiple school districts around Indianapolis closed after officials discovered a potential threat written in graffiti in a school bathroom. A high school in Hinesburg, Vt., evacuated following a bomb threat on Tuesday, the same day Los Angeles canceled classes at public schools citywide due to a suspected terrorist threat.

Although the spate of school closures this week might seem a reaction to elevated anxiety about terror attacks, the number of threats and school evacuations has actually been on the rise for the last couple years, according to National School Safety and Security Services’ Ken Trump, driven in part by the growth in social media and knee-jerk reactions by school administrators who feel under pressure to respond.

“We’re seeing rumors being fueled by social media,” Trump says. “Parents are responding emotionally, and school staff oftentimes respond to the community anxiety and potential pushback that they may get if they leave kids in school.” Trump says evacuations can actually make things worse because kids are often safer in schools where there’s more adult supervision.

Read more: Here’s How Much Closing Schools for a Terror Threat Cost L.A.

In a National School Safety and Security Services study based on media reports released in February, the group found school threats had increased by 158% from August to December 2014 compared with the year before. Almost a third of those threats led to school evacuations, and about a third of those were disseminated on social media.

Faced with increased threats, the challenge for schools is to determine when to evacuate. There are no national guidelines for administrators on determining threat levels, and most decisions to close are made by superintendents and school boards, often in conjunction with police departments or emergency services. New York, for example, received the same e-mailed threat as Los Angeles this week but decided not to close its schools because it deemed those threats not credible.

Michael Dorn, executive director of Safe Havens International, a non-profit school safety organization, urges schools to work in advance with police and fire services to determine plans of action while also conducting simulations of potentially violent scenarios. “There’s going to be a fair amount of subjectivity” in determining threats, Dorn says. “That’s where practice comes in.”

Trump argues there’s been a lull in school preparedness around the country. He says many schools are opting instead to allocate money toward armed guards and building security following the shooting at Sandy Hook Elementary School rather than training, which in turn may be leading to the elevated level of evacuations.

“There’s a lot of reacting and then assessing,” Trump says. “But you can’t make knee-jerk reactions.” 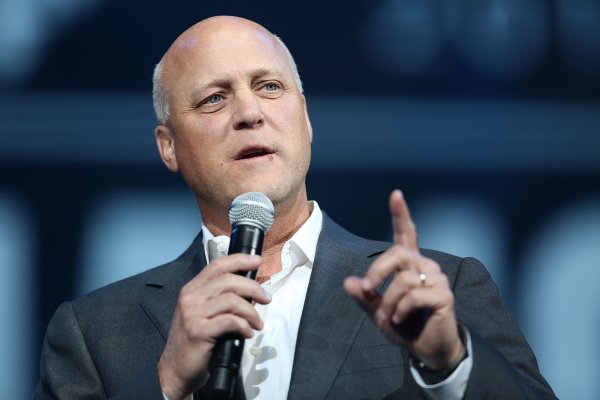 New Orleans to Remove Confederate Monuments
Next Up: Editor's Pick