FBI officials arrested the notorious pharma executive Martin Shkreli Thursday on allegations of securities fraud, but they didn’t have the authority to seize the $2 million Wu-Tang Clan album purchased by the 32-year-old pharmaceutical entrepreneur.

Shkreli, who first captured the public’s attention for hiking the price of a life-saving drug to $750 from its original cost of $13.50, had bragged about purchasing the album.

Officials didn’t directly address the fate of the album, titled Once Upon a Time in Shaolin, when asked at a news conference following the arrest, according to a New York Times report, but were unsurprised by the interest in the hip-hop artifact. “I wondered how long it was going to take to get to that,” said United States Attorney Robert L. Capers. “We’re not aware of where he got the funds that he raised to buy the Wu-Tang Clan album.

But the agency later clarified on Twitter that they did not have custody of the album. 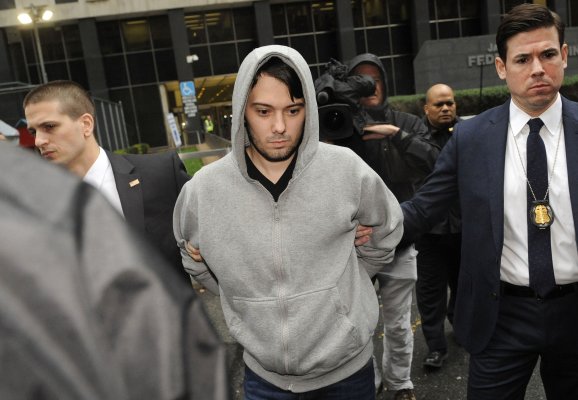 Everything to Know About the Arrested Drug Price-Hiking CEO
Next Up: Editor's Pick