The Young Gun Gets the Gavel

Ryan, at the Library of Congress in December, discusses the country's challenges how to address them
Tom Williams—CQ Roll Call/Getty Images
By Jay Newton-Small

There was something like fire in House Speaker Paul Ryan’s eyes when he paused at an early-December press conference, pointed his finger in the air and denounced his party’s presidential front runner. “This is not conservatism,” Ryan said, facing microphones set up before him. “What was proposed yesterday is not what this party stands for, and more importantly, it’s not what this country stands for.”

His target, of course, was Donald Trump, who had just proposed a blanket ban on Muslims entering the U.S. Ryan’s move, standard fare for most politicians that day, was nonetheless not one his predecessor, the chain-smoking, dealmaking John Boehner, would likely have tried. Where Boehner had shrunk from the spotlight, Ryan was quick to present himself as a Republican unafraid to speak truth to power. Even in his own party.

It was emblematic of Ryan’s style and an early hint as to whether the youngest Speaker in 146 years stands a chance of getting the rebellious chamber to stop shutting down the government and instead actually pass something. On that score, the odds are stacked heavily against him. Ryan intends to pass a series of bills in 2016 that, though most have no chance of advancing, lay out the conservative agenda for America. “I want to make us the party of ideas, to offer the nation an alternative plan, an agenda,” Ryan told TIME. “I really believe that we have an obligation given that we don’t like the direction the country is headed.”

In his first six weeks as Speaker, Ryan has pushed through a six-year highway-spending bill that had been stalled for years, bills to keep the government running through the 2016 election and a measure that would tighten entry for Syrian and Iraqi refugees to the U.S. All were bipartisan. And even though the conditions for passing these measures—save the refugee bill—were in place long before (and partly because) Ryan became Speaker, they suggest that the U.S. House of Representatives, at long last, may actually be coming unstuck.

Maybe. At the beginning of every week in Washington, House Republicans usually gather in the basement of the Capitol to gripe, with the Speaker standing patiently by to take in the various complaints. In the months leading up to Boehner’s resignation in September, those sessions had grown longer, louder and more dispiriting for all.

But on Nov. 5 there was a new Speaker, and no one knew quite what to expect when the eight-term member took the microphone at the start of the session. Instead of talking about the current week, Ryan began by talking about the month ahead, when a series of appropriations bills had to be passed or the government would shut down. He acknowledged that he’d promised as Speaker to have a more collegial process, but, he said, given the tight deadline, it was impossible to open up all of the dozen pending bills to amendments and debate. As a show of good faith, he proposed letting one of the bills be debated by all—a small yet significant concession. With an open bill, Congress could expect controversial votes on amendments about the Confederate flag, gay marriage, pot legalization, gun control and other hot-button issues. Were they ready for that roller coaster? “I need to know that now,” he said. “Not after we get on the bill.”

The room was suddenly in an uproar, everyone speaking at once. In the past, Boehner had always dictated exactly how the votes would proceed. But Ryan asked lawmakers to take responsibility for their views and in effect decide their own path. Soon a different mood took hold. Instead of talking at one another, as had been their habit for months, they were talking to one another—discussing the pros and cons of such a move. In the end, the conference voted not to open up one of those bills, and yet most members left happy that they’d at least been consulted.

Ryan’s impatience with the ceaseless rebellions is visible now in the lower chamber. When he announced his decision to seek the speakership in October, he gave an ultimatum of sorts: He would promise to work more collaboratively with members but would show less tolerance for attacks on leadership. In exchange, he would let the inmates run the asylum. Pass whatever you like, he said, but you have to agree to it among yourselves. Under Boehner, members unhappy with amendments or bills complained to him. Ryan, a former Boy Scout, redirects complaints to the bills’ authors.

Meanwhile, Ryan rewrote the rules governing how members of the Steering Committee, a powerful but little-known body that doles out committee assignments and lays out legislative priorities, are picked and how the committee votes. Once stacked with chairmen, the panel is now filled with members from diverse states and ideologies. Ryan has asked leaders to limit their remarks in meetings to allow junior members more time to speak. Also, unlike Boehner, he has weekly lunches with representatives from the Freedom Caucus and other factions capable of rebellion.

It probably helps that Ryan never aspired to be Speaker of the House. And what Ryan did as the top Republican on the Budget Committee during George W. Bush’s tenure helped his street cred with the right wing. Instead of regurgitating the President’s budgets for House passage, Ryan produced his own, more fiscally conservative budgets. Even more daring, he authored his own radical budget that he dubbed “A Roadmap for America’s Future.”

It was the end of the Bush Administration, and Ryan hoped to start a dialogue about deficits and spending. He knew that his plan, a homily to small government, could never be enacted into law, but it was his vision of what America would look like under Republican control. A lot of people shared that vision; after Obama’s election, they were soon called the Tea Party.

But then, in the 2012 election in which Ryan was Mitt Romney’s vice-presidential nominee, Democrats wrapped the Roadmap around Ryan’s neck. That’s because the 87-page, 75-year plan called for semiprivatizing Social Security by allowing younger workers to divert part of their payments to individual accounts that they could access at retirement. It abolished Medicare and replaced it with vouchers for private insurers. And it capped total spending and froze nondefense discretionary spending, though it left defense spending untouched.

If Ryan wants his members to legislate their agenda, it is easier said than done. Nowadays, the Republican Party doesn’t agree on much: it’s torn on immigration, divided about whether and how to replace Obamacare and split on the size of military spending. Tax reform, a longtime favorite issue of the GOP, is difficult to discuss because it might involve closing some tax loopholes. Even the war on terrorism exposes gaps between the get-tough-with-ISIS crowd and the libertarian wing of the party that worries about government intrusions into personal privacy.

The Trump candidacy makes all of this harder; so does a presidential campaign that is guaranteed to last for another 10½ months. And yet despite years of infighting on these issues, Ryan believes consensus can be reached—at least among Republicans. The bills will draw condemnation from Democrats, but Ryan isn’t concerned with what Democrats think: he is trying to get his party to rally around a platform it can take to voters with one voice.

Is the Boy Scout’s vision possible? Yes. Is it likely? That’s harder to know. Even if nothing is likely to become law now, trying to get Republicans on the same page is a worthy endeavor, he says. And once Republicans have set their legislative ideals, he adds, compromise becomes easier. In 2011, Ryan worked with Senator Ron Wyden, an Oregon Democrat, on Medicare reforms, and he negotiated a two-year budget deal in 2013 with Senator Patty Murray, a Washington Democrat, that passed by large margins in the House though it increased spending. 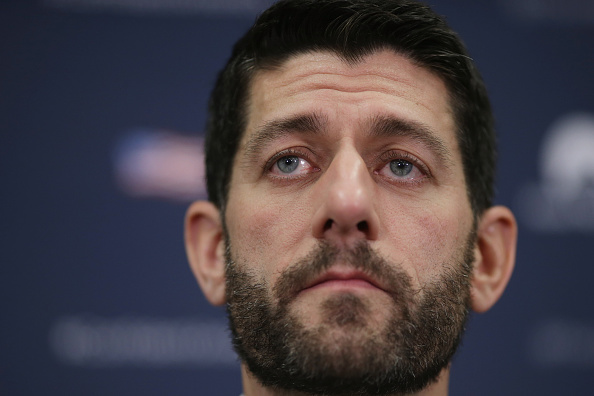 Paul Ryan Also Has a 'Road Map' to Governing
Next Up: Editor's Pick