5 Tips for Becoming a Great Scientist

The biologist E.O. Wilson, now of Harvard University, made his first and largest splash by releasing his book Sociobiology: The New Synthesis, which made the controversial claim (at the time) that human nature has a strong biological basis.

His work brought into public consciousness the fields of sociobiology and evolutionary psychology, where Steven Pinker, Robert Trivers, and others have made huge strides in contributing to our understanding of why we are who we are.

Wilson’s newest book is a slim volume called Letters to a Young Scientist. I picked it up off the bookshelf blindly, and after reading it, I was struck by its unusual tone: It’s part memoir, part advice journal, part pop-science (in the good, “effectively explains things to lesser mortals” way, not the derogatory way), which means the book works on multiple levels.

One of the triumphs of the book is Wilson’s ability to explain to a non-scientist (or, as he intended, a future scientist) the way science is actually conducted, and what it takes to be a good scientist. Some of these explanations are counterintuitive to our popular understanding:

Because of the need for extreme focus over a long period (or as William Deresiewicz put it — “concentrating and sticking to the problem“), there’s a lot of grinding in scientific work. But Wilson describes it as a treasure hunt:

Echoing Charlie Munger, Wilson posits that outside of the day-to-day work required to become an expert, big opportunities in science and life must be seized:

Later, Wilson expands on this idea of deep expertise combined with imagination and playfulness being the essential features of great scientific thought. This idea of deep focus plus playfulness leads to new connections and innovative thought, an idea we’ve come across before as combinatorial creativity.

One way to cultivate this, says Wilson, is to think like a poet.

Echoing thoughts by Richard Feynman, Wilson says we need to spot and harness our ignorance to make scientific progress:

One problem that makes young people afraid of getting into a scientific field, even though they are interested in making discoveries about the world, is they feel they aren’t that good at math, or even that smart. But Wilson tackles both of these.

Wilson says he himself only started learning calculus at the age of 32 when he was already a well known and practicing scientist, and although it wasn’t easy, he did it. He points out that his IQ was measured at 123, and he knows two Nobel prize winners who scored in the 120s. Charles Darwin was roughly 130. It doesn’t take genius to make scientific progress:

When it comes to choosing what to study and what to pursue, Wilson makes a familiar recommendation: go where the competition is low. (This principle works in much of life.)

And above all, you need to love what you study. If you start with that principle, your odds of success are best:

Check out Letters to a Young Scientist – you can read it in an afternoon but you’ll probably think about it for a lot longer. 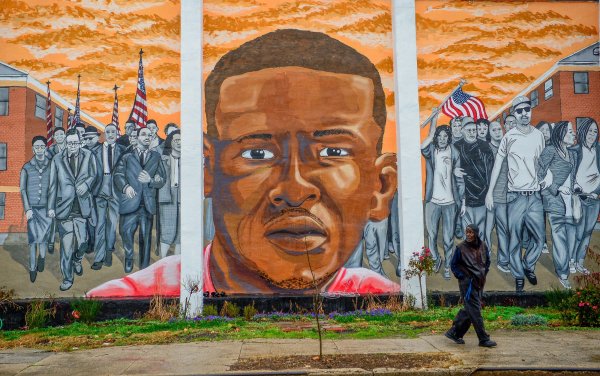