People have been coming up with more and more creative — and terrifying — variations of the now inescapable “Elf on the Shelf” tradition this holiday season. Utah dad Alan Lawrence, who runs That Dad Blog, decided to join the fun by transforming his four-month-old son Rockwell into a real-life elf.

“All of our friends do the Elf on the Shelf and I’ve always thought it was sort of creepy, but sort of fun — this idea of an elf coming to live in your home and moving around to different places,” Lawrence told TODAY. “And I’m like, what if it was a real elf? And of course, being parents, we already have the cutest little 4-month-old. So we decided to make a fun series.”

The pictures show Rockwell up to various holiday hijinks and have been posted daily on Lawrence’s blog and Instagram account. Lawrence said he plans to keep adding new photos until Christmas Day.

“We woke up this morning to find an elf in our family room. Our neighbors seem to think he is part of the ‘Elf On The Shelf’ program but we are still not sure,” Lawrence wrote for the first picture.

So far, Rockwell has been spotted satisfying his sweet tooth…

And teepeeing the Christmas tree.

Lawrence said the feedback he’s been getting is “overwhelmingly positive.”

“It’s funny because I thought, I’m sure someone has done this before,” he said. “But everyone is responding and mentioning a friend to say, ‘Hey, you should do this with Sally!’ or talking about doing it with their own kids.” 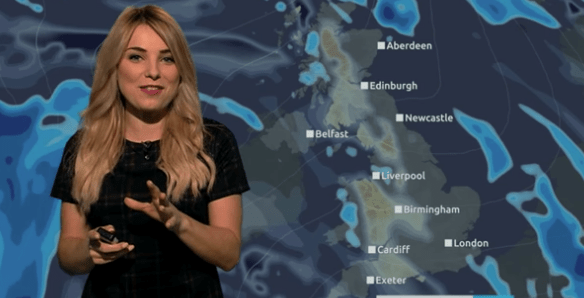 The Force Is Definitely With This Star Wars-Themed Weather Report
Next Up: Editor's Pick