The hung jury in the case of William Porter, the first of six Baltimore officers to stand trial in the death of Freddie Gray, could make guilty verdicts in the five other cases more difficult, say law professors following the case.

After a Baltimore jury deliberated for more than 16 hours over three days, a judge declared a mistrial Wednesday, potentially upending the prosecution’s strategy against the officers involved in the arrest of Gray, who died April 19 from a severe spinal injury he suffered while in police custody.

Defense attorneys and law professors generally agree that prosecutors chose to try Porter first because they believed his to be the strongest case, but also because the state hoped it could place Porter on the stand against his fellow officers after the legal case against him concluded. Porter, who faces involuntary manslaughter and other charges, might have been particularly useful in the trial of Officer Caesar Goodson Jr., the driver of the van carrying Gray after his arrest, experts say. In his trial, Porter testified that he had suggested to Goodson that they take Gray to a hospital after Gray asked for medical attention inside the van, a request that went unheeded.

The question now is whether Goodson’s trial, scheduled to begin on Jan. 6, will move forward as scheduled or whether it will be delayed so that Porter’s case can be retried. University of Maryland law professor Michael Greenberger says moving Goodson’s trial date “arguably deprives the defendant of a right to a speedy trial,” meaning Porter’s case could potentially come after the other five trials.

“The fact that the jury hung in this first instance is not terrific news for the state’s attorneys,” Greenberger says.

The absence of a conviction or acquittal in the Porter case could mean that Porter could invoke his Fifth Amendment rights and not testify against Goodson or other officers.

“I think there were always questions as to whether they would be able to get Porter on the stand in those cases anyway,” says University of Baltimore law professor David Jaros. “But this makes it indelibly harder. As long as he is facing charges, he can’t be compelled to testify.”

Jaros says he expects the state to try to retry Porter before any of those cases. The prosecution’s strategy will likely emerge Thursday, when state’s attorneys will go before an administrative judge to choose a retrial date. 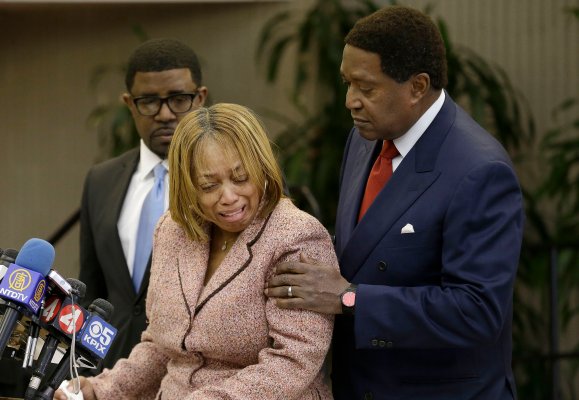