Why Donald Trump Can't Actually Close 'Parts of the Internet'

During Tuesday’s Republican presidential debate, frontrunner Donald Trump doubled down on his call for “closing off parts of the Internet” in order to stymie terrorist groups’ online recruitment efforts. “I would certainly be open to closing areas where we are at war with somebody,” Trump said, referring to the Islamic State of Iraq and Greater Syria, or ISIS. “I sure as hell don’t want to let people that want to kill us and kill our nation use our Internet.”

It was at least the second time in recent weeks that Trump has talked about limiting ISIS’ Internet access in some capacity. The real estate magnate wants to enlist Microsoft co-founder Bill Gates and Silicon Valley companies to “figure out a way that ISIS can’t do what they’re doing.” Trump’s exact intent is unclear; a Trump spokeswoman did not respond to a request for further explanation. But legal and technology experts say that a President Trump would have little power to control how the Internet operates, or who can access it.

To understand why Trump can’t “close off” the Internet, it’s important to know how the Internet works. Simply put, the Internet is a complex combination of servers, routers and endpoint devices (like your computer or smartphone) that communicate with each other to transfer data from one location to another. A patchwork of international organizations decide Internet procedures like assigning domain names, while individual countries establish laws for what content can be accessed within their borders. And yes, it’s true that the U.S. Department of Defense played a key role in developing what became the Internet, but the American government doesn’t control it today.

“The Internet is designed to be decentralized,” says Andy Sellars, a fellow at the Harvard Law School Cyberlaw Clinic. “It’s designed to be that no single power could deny its use. That’s served the Internet quite well because it’s allowed it to grow in unexpected ways.”

Without such a switch, Trump would have to convince others to help him close off the Internet. Preventing ISIS operatives abroad from going online at all would be impossible — the group already controls Internet infrastructure in its territory; it has used this power to ban some citizens from getting online. Even if Trump somehow convinced a head of state to cut off their country’s Internet in the name of security, the move would overwhelmingly affect people unassociated with ISIS. “It would be a human rights catastrophe,” says Thomas Ristenpart, a computer science professor at Cornell University.

Alternatively, Trump could lobby companies like Facebook and Twitter to block posts from certain countries from appearing on the U.S. versions of their sites. But such a move could make the United States’ online policies similar to those of China, where many foreign websites are banned outright, says Sellars. “This is the sort of stuff we usually think of highly oppressive regimes doing,” he says. A move to widely block posts pertaining to certain topics could also violate free speech rights protected by the First Amendment. Trump’s retort: “Somebody will say, ‘Oh freedom of speech, freedom of speech.’ These are foolish people.” A point in Trump’s favor: many social media services ban messages related to terrorism in their terms of service agreements.

Ultimately, the idea of “closing off” the Internet is a technical and legal non-starter. Instead, Trump and other politicians are and will continue to pressure tech companies to be more vigilant in watching for specific threats. But even on that front, potential solutions are thorny. American tech companies have shown little interest in giving law enforcement access to users’ encrypted messages — and even if they did, the bad guys could simply flock to foreign-made apps, beyond the reach of American politicians. At the same time, there have been calls for sites like Facebook to do more to pull down terrorism-related content. But determining whether an ISIS-related post is advocating terrorism is subjective and, again, wades into a free speech dilemma.

Figuring out how best to fight terrorism online will require input from lawmakers, technologists and everyday citizens alike. It will also require an honest assessment of the actual options available to control our vast, interconnected online world. When Trump and other politicians make vague proclamations about turning off the Internet, they make that task harder. “We can’t create sensible Internet policy if we’re actively trying to mislead the public on how the Internet works,” says Sellars. “There is no master switch. There is no central command. They’re preying on the ignorance of Americans when they try to suggest that there is.” 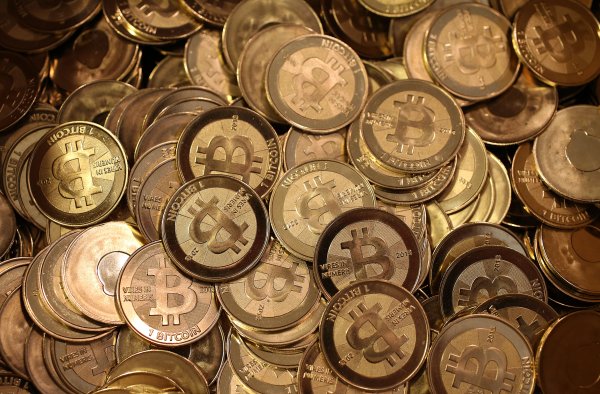 The One Big Reason Why It Matters Who Invented Bitcoin
Next Up: Editor's Pick