When director Pablo Larraín’s Jackie hits theaters in 2017, Natalie Portman will add her name to the list of actresses who have had the distinct honor of playing one of the best-dressed women in history: former First Lady Jacqueline Kennedy. The forthcoming movie is more than a mere homage to 1960s fashion — it follows Kennedy in the immediate aftermath of her husband’s assassination — but that won’t prevent style aficionados from analyzing every tilt of a pillbox hat placed upon Portman’s head.

The first opportunity for that kind of analysis arrived Wednesday, with a first look at Portman as Kennedy reported by Deadline. In the picture, Portman is wearing what looks like a Dior-inspired, cherry-red dress with bateau neckline and sizable buttons, complemented by a triple strand of pearls. Given that Kennedy’s wardrobe was documented in nearly as much detail as her husband’s policy decisions, the blueprints for the movie’s costume design are already clear — but viewer expectations will be high. 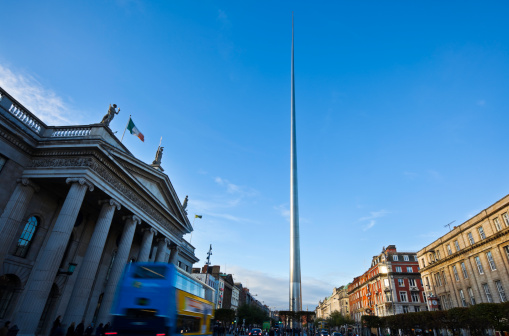 The Dublin Spire Was Transformed Into a Lightsaber to Celebrate The Force Awakens
Next Up: Editor's Pick