Millennials Are More Confident in Their Parenting than Others

Only about one in two American moms is impressed with her own child-rearing skills. And fewer than four in 10 American dads. Millennial moms, on the other hand, are pretty darn confident they’ve got this parenting thing nailed, according to a new survey from Pew Research Center.

A full 57% of moms aged 18 to 30 tell Pew they think they are doing “a very good job” at raising their kids. Only 48% of Gen X moms and a mere 41% of poor old Boomers say the same. Meanwhile, although just 43% of Millennial dads believe they have excellent parenting game, that’s a notch more than Boomer fathers (42%) and considerably more than Gen X dads (37%).

Cut down on your reading. Get only the most interesting parenting news with the Time Parents newsletter. Sign up here.

It’s true that older parents are more likely to have older kids and there’s nothing like a teenager to make a person question their choices and sanity, but Pew researchers said they adjusted for the age of the parents’ children.

Specifically, Millennials seem to believe that they are both stricter and more loving. Given a choice, for example, they tell Pew they are over-protective rather than offering too much freedom. And unlike their forbears, they stick to their guns rather than giving in too quickly. They also believe they err on the side of not criticizing their kids.

“Millennial moms and dads were more likely to say they sometimes praise their kids too much,” says Juliana Menasce Horowitz, one of the authors of the report. “And that it’s extremely important to them for their kids to grow up to be ambitious.”

Age, however, is only one factor affecting parenting style. Pew surveyed 1,800 parents about the way they raised their kids and found that parenting, like traveling, is a very different experience for different people.

Wealth, education and race also play a huge role. To be a parent is to worry, but parents’ worries in America are sharply delineated by race and income.

Most parents expressed a fear that their kid would be bullied some day, and more than half of all parents worried that their kid would get depressed or anxious. But while struggling with depression was the one of the two top concerns of white parents, it was way down the list for black and Hispanic parents, who were much more alarmed about their kid getting kidnapped, beat up, shot, or pregnant.

“By a margin or two-to-one, more lower-income than higher-income parents (40% vs. 21%) say they worry one of their children will get in trouble with the law at some point,” the report says.

The most educated cohort of parents, those with a post graduate degree, were the most dubious about meddling in education. The researchers speculate that this was because they may have seen a lot of it at their kids’ schools. And because poorer parents’ lack of education had held them back, they may be more likely to believe that parental engagement in kids’ schooling is always important.

“I do think there’s something to the idea that these lower income parents are more likely to have a high school diploma or less,” says Menasce Horowitz. “For many of them their opportunities in life and their financial circumstances are related to the level of education they have attained. So it’s perhaps not surprising that they’re the ones that are most likely to say that it’s extremely important to them for their kids to graduate from college and that you can never be too involved in your kids’ education.” 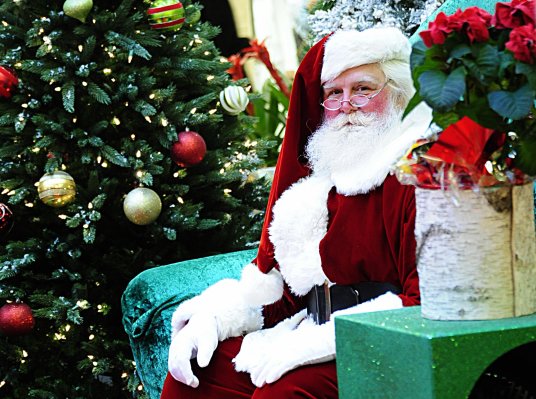 Mall Santas Are the Worst (Sorry, Mall Santas)
Next Up: Editor's Pick